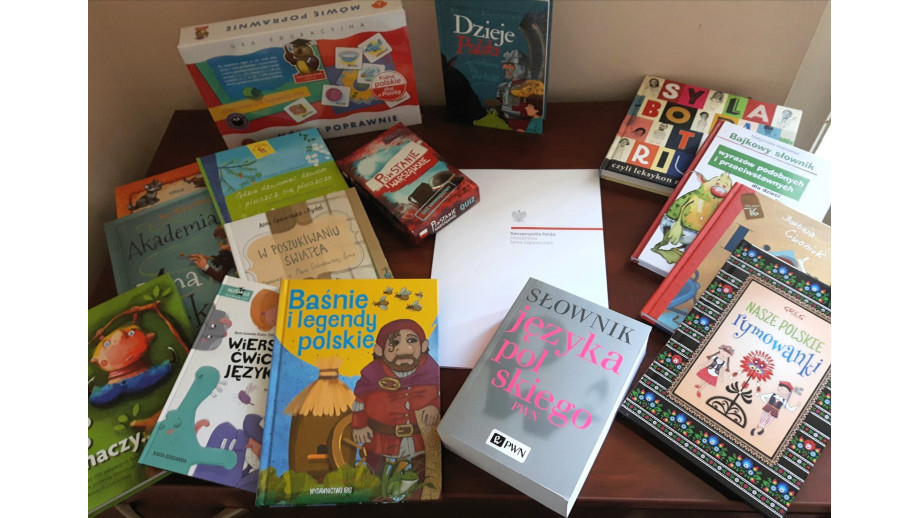 One hundred libraries for the Centenary

On the occasion of the 100th anniversary of Poland's regaining independence, the Ministry of Foreign Affairs’ Department for Cooperation with Polish Diaspora and Poles Abroad founded a hundred identical library sets for educational centres operating within Polish communities outside Poland.

Polish diplomatic establishments all over the world were asked to nominate such centres.

The sets include not only school required readings, but also contemporary youth literature, children's literature, fairy tales for the youngest, and educational games.

One of the hundred sets went to the Fr S. Bąk Library at the John Paul II Polish Culture Centre in Mississauga, Canada. This library was nominated by the Consulate General of the Republic of Poland in Toronto as a thriving institution, which is used not only by students and teachers of Polish schools, but all those reading in Polish, living in the agglomeration of Toronto. The set of materials was ceremonially handed over to the Library during the Polish community Christmas meeting at the Consulate.

The Library of Fr S. Bąk in Mississauga, managed by Ms Maria Żłobicka, has about 3000 registered readers, and the collection contains more than 23 000 volumes (as of 2018). It is the largest Polish community library in Canada, which constantly enriches the book collection with the latest items published in the Polish language.

Funds for the purchase of collections come from donations as well as from book fairs organised by the library several times a year.

More about the library itself: