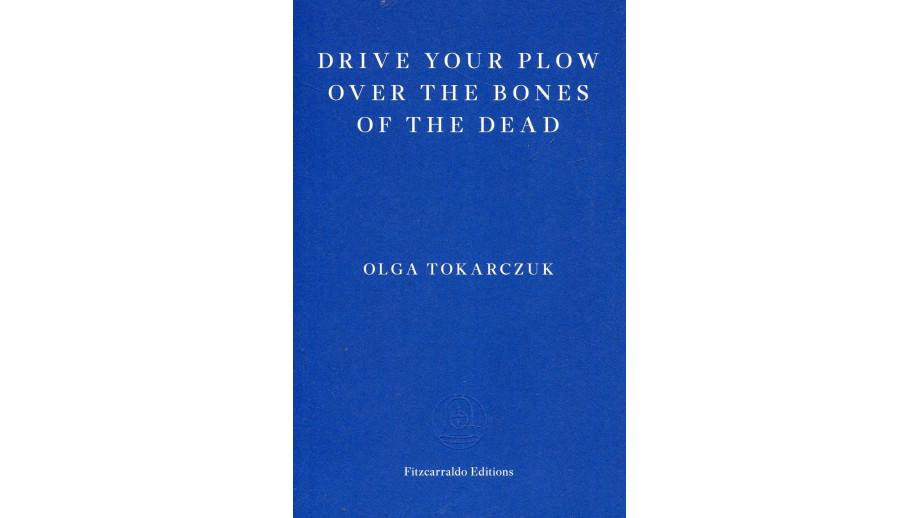 Olga Tokarczuk nominated for the National Book Award for the second time!

Olga Tokarczuk appeared on the longlist of nominees for the prestigious American National Book Award for the second time. Last year, she made it to the finals of the competition with the novel Bieguni ("Flights"). This time, the nomination went to the translation of the book Prowadź swój pług przez kości umarłych ("Drive Your Plow Over the Bones of the Dead") by Antonia Lloyd-Jones, a Transatlantyk Award winner.

The New Yorker magazine announced on Tuesday a longlist of nominees for the National Book Award in the category of "Translated Literature". This category was created only last year, and it is for the second time that Olga Tokarczuk appears among the nominees. In 2018, the translation of Flights made it to the final round of the award; this year, the translation of the book Drive Your Plow Over the Bones of the Dead, translated by Antonia Lloyd-Jones, has a chance to win. In March, this title was also nominated for the International Booker Prize and made it to the final.

Apart from Tokarczuk, the longlist of National Book Award nominees in the English translation category includes the following books: “When Death Takes Something from You Give It Back: Carl's Book” by Naja Marie Aidt, “The Collector of Leftover Souls: Field Notes on Brazil's Everyday Insurrections” by Eliane Brum, “Space Invaders” by Nona Fernandez, “Will and Testament” by Vigdis Hjorth, “Death Is Hard Work” by Khaled Khalifa, “Baron Wenckheim's Homecoming” by Laszlo Krasznahorkai, “The Barefoot Woman” by Scholastique Mukasonga, “The Memory Police” by Yoko Ogawa, and “Crossing” by Pajtim Statovci.

“Drive Your Plow Over the Bones of the Dead translated by Antonia Lloyd-Jones, on the longlist of nominations for the American National Book Award for Translated Literature! Great joy!" - Tokarczuk wrote on Facebook on Tuesday night.

Tokarczuk's novel Drive Your Plow Over the Bones of the Dead was published in Poland in 2009; in 2017, based on the novel, the film Pokot ("Spoor”), directed by Agnieszka Holland and Kasia Adamik, was made. Tokarczuk was the co-author of the script.

The action of the nominated novel by Tokarczuk - which the author herself described as a "moral thriller" - takes place in the Kłodzko Valley. The main character is Janina Duszejko - once a bridge engineer, today - a rural teacher of English and geography and a caretaker of summer houses. Her passion is astrology, and her great love is all animals. When they get hurt, Janina defends and asks for respect for them. Nobody cares about a woman who thinks that the world is a reflection of what is written in the stars and who reads William Blake in her free time. In the area where Janina lives, poachers and animal abusers start to die. The number of deaths is growing. Janina has a theory about the motive and perpetrator of these crimes, but the police ignore her, treating her like a harmless oddball.

"I find that the book is still relevant and very vividly received," Tokarczuk told the Polish Press Agency (PAP) in May, after the English translation of the novel was nominated for the Booker Prize.

"The staffage of the crime novel and black humour includes a question about more serious things. The English also feel that the law in force is immoral, and they probably often ask themselves how an honest citizen should behave in such a situation. Do they go as far as protest, contestation, and rebellion? To what extent is rebellion a part of democracy? Should a man follow his conscience against the state? It is also a story about excluded people who are not listened to by the authorities, about patriarchal society, and about what power structures based on white, confident men who fill parliaments look like. They often decide on various matters during hunting. It is also a book about loneliness and the exclusion of elderly women. There are a lot of topics around this book, so many that I thought about returning to the figure of Janina Duszejko, but she dies at the end of the book," said the writer.

An important part of Drive Your Plow Over the Bones of the Dead are translations of poems by William Blake by one of the characters, Dizzy. "This is one of the things the English praise very much. Translations of Blake's poems into Polish by Dizzy had to be translated into English again, but in such a way as to preserve Dizzy's ineptitude and amateurism. The way the translator Antonia Lloyd-Jones did it delighted the English," added the writer.

Antonia Lloyd-Jones is one of the most outstanding translators from Polish into English; she has translated, among others, Jacek Dehnel, Paweł Huelle, Jarosław Iwaszkiewicz, Zygmunt Miłoszewski, Jacek Hugo-Bader, Witold Szabłowski, Mariusz Szczygieł, and Artur Domosławski. She is also one of the mentors of the younger generation of translators. For her merit to Polish culture, she was awarded the Gloria Artis medal in 2019.

Next: The Book Institute at the Lviv International Book Fair Back to list