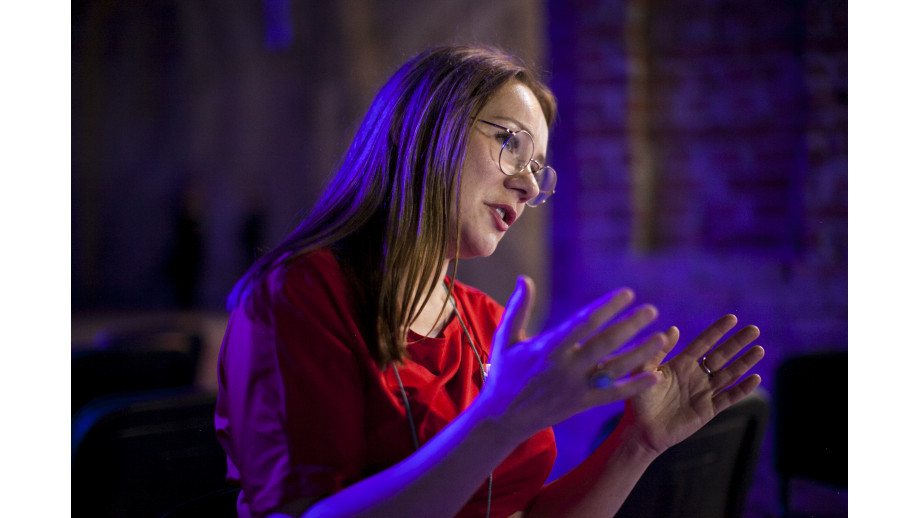 The 9th International Book Arsenal Festival has come to an end in Kiev. Martyna Bunda presented there the Ukrainian translation of Nieczułość ("Indifference”) by Dana Pinczewska, the publication of which was supported by the Book Institute as part of the ©Poland Translation Programme.

Martyna Bunda together with Oksana Zabużko took part in a panel discussion entitled "Between Liberators and Occupants". The main theme of this year's edition of the festival was "Neighborhood: An Open Question" and the promotion of the book took place within its framework.

The author promoted the Ukrainian translation of Indifference also in a series of meetings with journalists. Book reviews and interviews with Martyna Bunda were published in such opinion-forming media as Radio Kultura, Detector Media, Litakcent, and chytomo.com. Indifference was also featured in the review of the 15 most interesting premieres of "Book Arsenal" on Hromadske TV (from 9'43'').

The "Book Arsenal", organised in Kiev since 2011, is the most important literary event in Ukraine. Every year, more than 150 Ukrainian publishers present new books, and the fair and festival itself is visited by thousands of people. In 2019, the event was awarded the Literary Festival Award of The London Book Fair International Excellence Awards 2019. In addition to Martyna Bundy, Bohdan Zadura and Adam Pomorski, among others, took part in this year's international programme of the festival.

Martyna Bunda visited Kiev thanks to the support of the Book Institute in cooperation with the Ukrainian publishing house Komora.