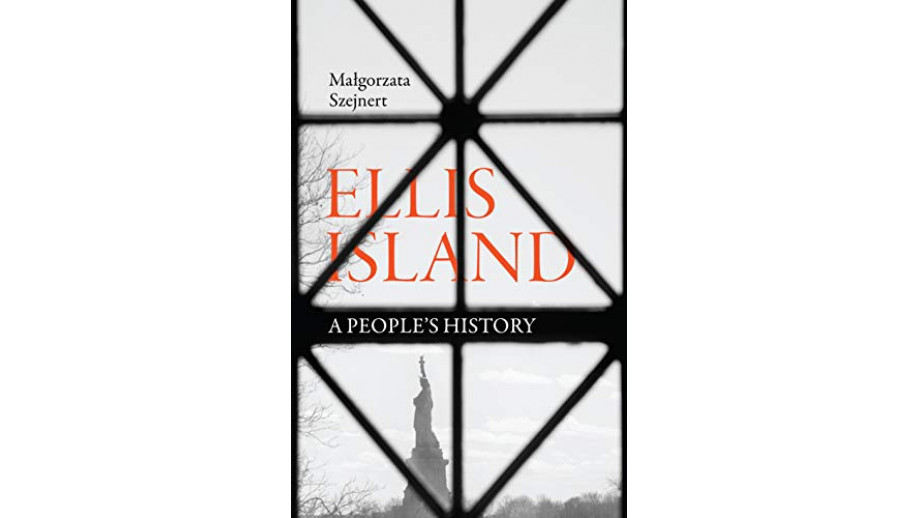 Małgorzata Szejnert’s reportage Wyspa klucz (“Ellis Island”) has just been published in the United States, Great Britain, and Australia. The book was translated by Sean Gasper Bye. The publication was supported by the Book Institute as part of the ©POLAND Translation Programme.

The book Ellis Island: A People’s History, as reads the title of the English translation of the book, has been published by the Scribe publishing house.

This time, Małgorzata Szejnert, the author of the book Czarny ogród (“Black Garden”), takes readers on a long journey to Ellis Island, a small island off the coast of New York, which for years was called ‘the gateway to America’. From the late 19th century to the 1950s, it housed the reception centre for immigrants arriving in the United States. During this time, almost 12 million people passed through the island.

Most of them stayed on the island only a few hours. Those who were less fortunate spent up to a dozen or so months there, going through a long quarantine and various tests. Others were simply sent back, because, under immigration laws, the ban on admission included: "idiots, insane persons, paupers, polygamists, persons likely to become public charge, persons afflicted with loathsome or dangerous contagious disease, persons who have been convicted of a felony or other crime or misdemeanour involving moral turpitude”, and those who did not have the money to travel inland.

The author not only follows the dramatic fate of Polish, Jewish, German, or Italian emigrants, but also, thanks to her great reporter's passion and inquisitiveness, brings to life the figures of the Ellis Island station employees - doctors, nurses, commissioners, interpreters, social workers, and even chaperones.