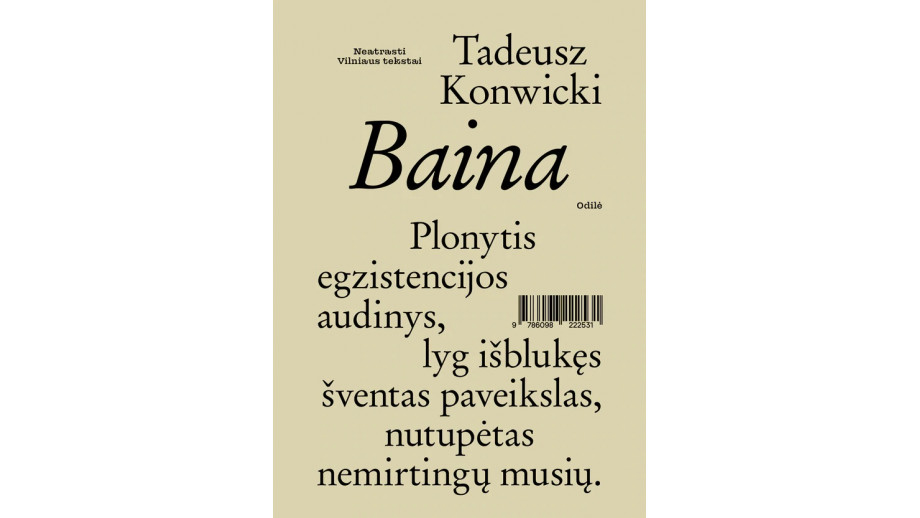 Lithuanian edition of Konwicki's "Bohiń" supported by the Book Institute

In Lithuania, Tadeusz Konwicki's Bohiń (“Bohin Manor”), translated by Vidas Morkunas, has recently been published. The publication was supported by the Book Institute as part of the ©POLAND Translation Programme.

The novel Baina, as reads the title of the Lithuanian translation, was published by the Odilė publishing house in Vilnius.

First published in 1987, Tadeusz Konwicki's Bohin Manor is one of the most beautiful manor house romances ever written in Polish post-war literature. It is also an attempt to (re)construct a story about a grandmother unknown to the writer, Helena Konwicka, a maiden from a dilapidated manor house in the Vilnius region, who has lived with her father immersed in silence since 1863.

Next: Światowy Dzień Książki i Praw Autorskich Back to list