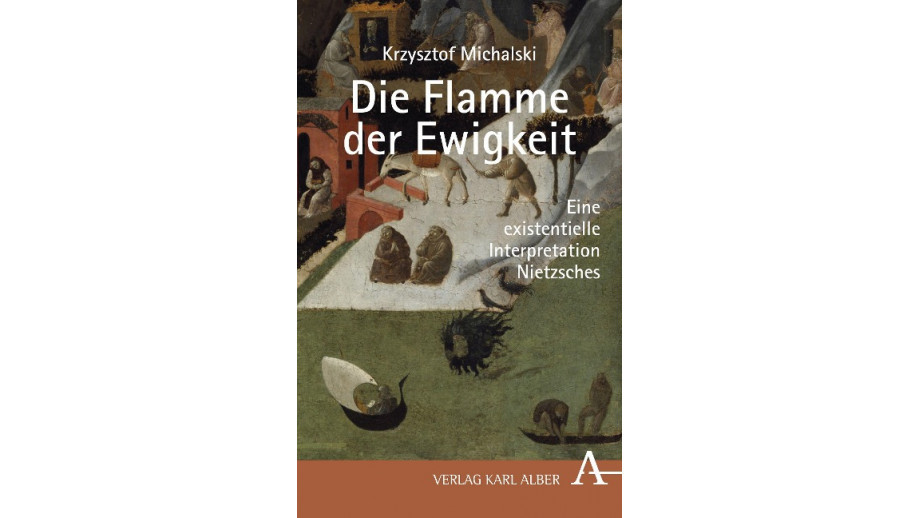 A translation of Krzysztof Michalski's book of essays on the philosophy of Friedrich Nietzsche has been published in Germany. The publication of the book translated by Thomas Weiler was supported by the Book Institute as part of the ©POLAND Translation Programme.

Die Flamme Der Ewigkeit: Eine Einfuhrung in Das Denken Friedrich Nietzsches, as reads the title of the German translation of the book Płomień wieczności. Eseje o myślach Fryderyka Nietzschego (“The Flame of Eternity: An Interpretation of Nietzsche's Thought”), was published on the German market by the Verlag Karl Alber publishing house.

Krzysztof Michalski's book consists of nine essays dealing with the theme of eternity in Nietzsche's philosophy as 'the eternal return of the same'. In his essays, the Polish philosopher shows the affinity of the German philosopher's thought with other philosophers and creators with whom he is not always associated. These include, among others, Hegel, Kafka, Kierkegaard, Marx, or Rilke.

"Eternity is a physiological concept. For the concept in which the fixation of our life in time comes to light is the body. Hence, if eternity is to be expressed in time - it is this bodily presence of ours in the world, the body, that must be its expression. [...] We are suffering from eternity; its chronic condition is time, the crisis of love and death,' Krzysztof Michalski wrote in the introduction to the book.

Krzysztof Michalski (1948-2013) was an expert and researcher in nineteenth- and twentieth-century German philosophy. He was the author of many works on the subject (Heidegger i filozofia współczesna [“Heidegger and Contemporary Philosophy”], Logika i czas. Próba analizy Husserlowskiej teorii sensu [“Logic and Time: An Essay on Husserl's Theory of Meaning”], The Flame of Eternity: An Interpretation of Nietzsche's Thought, as well as translations).  He was the Rector of the Institute for Human Sciences in Vienna and a lecturer at the University of Warsaw and Boston University. He was a friend of Fr Józef Tischner, with whom he conducted several conversations with Pope John Paul II in 1993 - these proved to be the starting point for the Pope's last book, Memory and Identity.