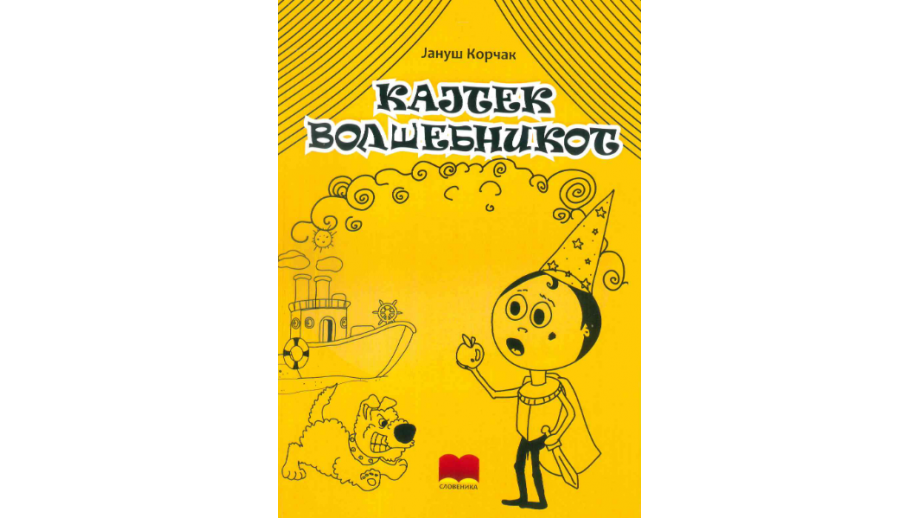 A translation of Janusz Korczak's novel Kajtuś Czarodziej (“Kaytek the Wizard”) has been published in Macedonia. The publication of Filip Dimiewski's translation was supported by the Book Institute as part of the ©POLAND Translation Programme.

The book Кајтуш Волшебникот, as reads the title of the translation of the book, was published by the capital-based publishing house Slovenika Dooel Skopje.

Kaytek the Wizard is a classic of children's literature, a story about the world of children's imagination and the difficulty of making the world better. It is a story about dreams and about what happens when dreams come true. Also, and perhaps most importantly, it is a story about growing up. It has been translated into English, German, Hebrew, and Russian, among other languages. It was the basis for a television play (1997) directed by Julia Wernio.

Kaytek is an ordinary boy - he messes around a bit, makes things up a little, and loves to listen to stories told by his grandmother. One day, he discovers that he can do magic. At first, he uses his new skill to have some fun: he turns chalk into soap, the sandwich of the class glutton into a frog, and, to avoid answering teacher’s questions, he casts a flock of flies at the teacher. However, as time goes on, things get more complicated: the spells start to get out of hand and Kaytek runs away from home, leaving behind a conjured double.

Next: "Bunt i afirmacja. Esej o naszych czasach" by Bronisław Wildstein in Romanian Back to list