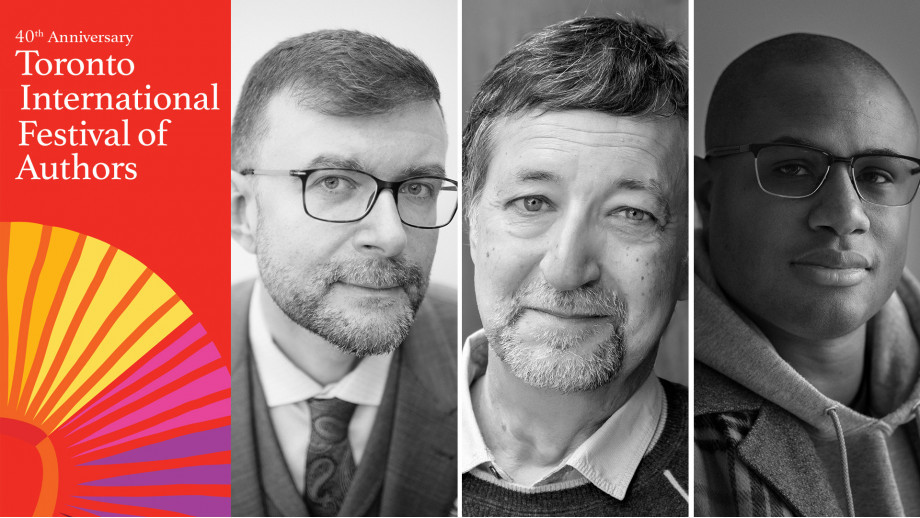 Jacek Dukaj at the 40th Toronto International Festival of Authors

Jacek Dukaj is the Polish guest of this year's jubilee edition of the Toronto International Festival of Authors. The writer is taking part in two festival meetings: Transformations of the Mind: Technology and the Future of Creativity with the translator of his novel Lód ("Ice") into English, Ursula Phillips, in the evening of 30th October at the University of Toronto, and on 31st October at the Harbourfront Centre, in a panel discussion Jacek Dukaj, Guy Gavriel Kay and Evan Winter in Conversation. The Book Institute is a partner of the festival.

The host for the evening at the University of Toronto is Prof. Tamara Trojanowska, and the meeting is hosted by the writer Ewa Stachniak. The panel discussion in the Harbourfront Centre is moderated by Mark Askwith, and the host is Jason Loo (details of both meetings can be found at this and this address).

Jacek Dukaj was also a guest of the Polish Book Lovers Club at the Toronto Public Library. Together with the writer, the meeting on 29th October was also attended by Michał Alenowicz - the head of the "Wiatr od morza" publishing house and the translator, who participates in the International Visitors Programme, which is a part of the Festival.

Apart from the Book Institute, the Festival's partners are also the Consulate General of the Republic of Poland in Toronto and KGHM.

The Toronto International Festival of Authors is the largest and oldest literary festival in Canada. Since 1974, the Festival has attracted over nine thousand authors from over a hundred countries, including 22 Nobel Prize winners. This year's edition of the Festival began on 24th October and will last until 3rd November. More information about the Festival can be found at: https://festivalofauthors.ca/

Next: The Book Institute supported the Estonian translation of “Drzewa” by Piotr Socha and Wojciech Grajkowski Back to list