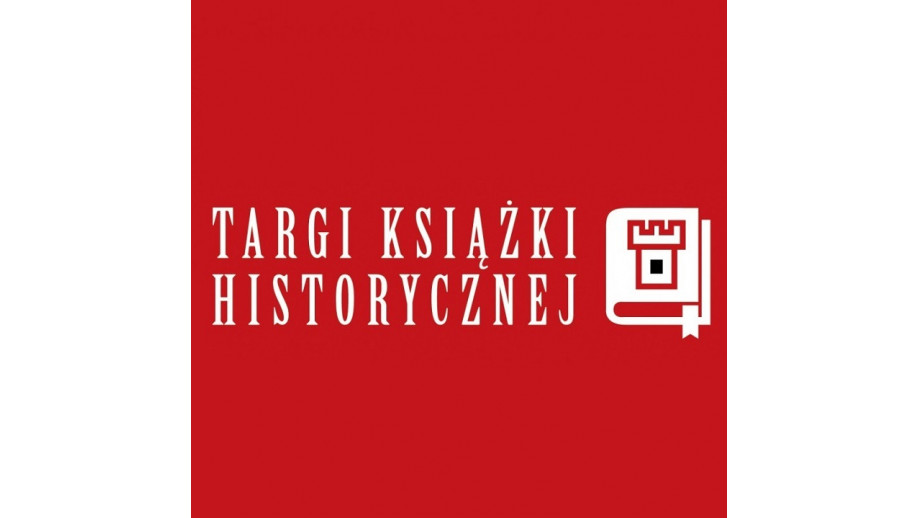 More than 200 exhibitors from all over Poland, as well as from Belarus and Ukraine, will take part in the 27th History Book Fair, which will be held from Thursday 29th to December 2nd in The Kubicki Arcades at the Royal Castle in Warsaw. The Book Institute will also take part in the event as well as organise two discussion panels: "100 years of women being given the right to vote. On great Polish women at the turn of the 19th and 20th century" and "100 years of independence. Great biographies of great people".

Discussions, lectures, meetings with authors of books, film screenings, and educational workshops for children accompanying the Book Fair will take place in the Cinema and Concert Halls of the Royal Castle as well as in the Copper-Roof Palace. The organisers are also announcing historical walks, presentations of facsimiles, strategic games, and historical re-enactment shows.

The official inauguration of the Fair will take place on Thursday, 29th November at 12.00 pm in the Grand Hall of the Royal Castle. During the inauguration, The KLIO awards will be awarded for the 24th time. This distinction, established in 1995, is awarded for the best history books published in the current and previous year.

The third category of the award is Varsaviana, in which the nominees are as follows: Jacek Leociak for Biografie ulic. O żydowskich ulicach Warszawy: od narodzin po Zagładę (“Biographies of the Streets. On the Jewish Streets of Warsaw: from Birth to the Holocaust”), Grzegorz Mika for his book Od wielkich idei do wielkiej płyty. Burzliwe dzieje warszawskiej architektury (“From Towering Ideas to Tower Blocks. The Turbulent History of Warsaw Architecture”), and Piotr Wierzbicki for Podchmielona historia Warszawy (“The Tipsy History of Warsaw”). For this year's edition of the award, 92 publishers submitted almost 180 titles, which are judged by a jury chaired by Tomasz Szarota.

Second-hand bookshops, libraries, the National Centre for Culture, TVP Historia (public history channel), and the Jewish Historical Institute will also have their own stands. At a joint stand under the name IX Salon Książki Muzealnej (9th Salon of the Museum Book), about 40 museums will present their publications. The museums will include: the Museum of Polish History, the Museum of World War II, the Royal Łazienki Park Museum, the Wilanów Palace Museum, the Royal Castle in Warsaw Museum, and the Museum of the Warsaw Uprising. A separate book salon will be created by the branches of the Institute of National Remembrance.

Six independent publishing houses from Belarus will present themselves as part of the Belarusian Book Salon at the stand of the Belarusian House Foundation. In turn, the Ukrainian Book Salon will be attended by 19 publishing houses. The theme of their presentation will be the history of the Great Famine in Ukraine. Publishers from Russia and Germany will also take part in the fair.

As Waldemar Michalski, Director of the Historic Book Fair, emphasised at Monday's press conference, this year's leading theme is the 100th anniversary of Poland's regaining independence. It is around this theme that meetings and debates revolve.

Among the meetings planned for Thursday, there will be the panel discussion "How to talk about the Second Republic of Poland?" around the series 100-lecie niepodległości (“100th anniversary of Independence”) with the participation of Piotr Zaremba, Łukasz Jasina, and Robert Kostro, among others. The discussion will be an opportunity to present the Polish path to independence and manifold aspects, often controversial, related to the beginnings of the functioning of the Polish state in the interwar period.

The series 100-lecie niepodległości. Wspomnienia i pamiętniki („100 Years of Independence. Memoirs and Diaries”) was developed by the Museum of Polish History, and its originator is Prof. Andrzej Friszke, PhD. The series is a collection of several unpublished or long out of print memoirs and diaries of leading figures of Polish public life.

So far, the series has included, among others, the books: Piłsudski jakim Go znałem (“Piłsudski as I Knew Him”) by Leon Wasilewski, Jędrzej Moraczewski's Przewrót w Polsce (“Poland’s Upheaval”), Moje wspomnienia (“My Memoirs”) by Stanisław Wojciechowski, and Ignacy Daszyński’s Pamiętniki (“Memoirs”).

During Thursday's meeting, two of the most recent publications of the Museum of the History of Poland will also be presented: Oblicza Niepodległej (“Faces of Independence”) - a collection of nine texts written by eminent experts on the era, concerning various areas of life in the Second Polish Republic, as well as Piłsudski (nie)znany. Historia i popkultura. (”Piłsudski (Un)known. History and Pop Culture.”)

On Friday, among other things, there will be a debate on historical politics within Polish-Russian relations combined with the promotion of Professor Witold Modzelewski's book Polska – Rosja (“Poland-Russia”), and a discussion panel on a publication series by Instytut Historii PAN (the Institute of History of the Polish Academy of Sciences) entitled "Social Metamorphoses” with the participation of Andrzej Chwalba, Jerzy Pająk, and Janusz Żarnowski.

On Saturday, a debate organised by the Book Institute, entitled "100 years of women being given the right to vote. On great Poles at the turn of the 19th and 20th century" will take place.  Dobrochna Kałwa, Anna Kowalczyk, and Joanna Puchalska will take part in the debate. The panel will be hosted by Hanna Maria Giza from Dwójka (Polish Radio Two). Also on Saturday, a discussion entitled “One hundred years of independent Poland” will be held.  The discussion will evolve around the album Polska 100 lat (“Poland 100 Years”) published by BOSZ publishing house. Saturday's programme also includes a seminar "100 years of the outbreak of the Wielkopolska Uprising", which will be chaired by Prof. Przemysław Matusik.

On Sunday, a debate "100 Years of Independence. Great biographies of great people" organised by the Book Institute will be held. The debate will be marked by the participation of Natalia Budzyńska, Prof. Włodzimierz Suleja, and Prof. Wiesław Wysocki. The panel will be chaired by Krzysztof Cieślik, PhD from the Book Institute. On Sunday, there will also be a discussion about Piotr Zychowicz's new book, Żydzi 2 (“Jews 2”), under the slogan "Poles, Jews - the Holocaust, Communism".