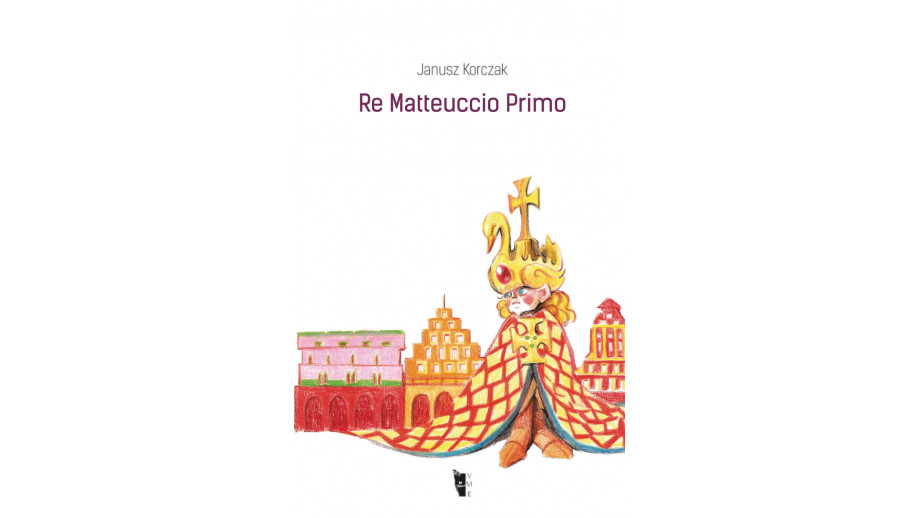 The first full translation of Janusz Korczak's book Król Maciuś Pierwszy (“King Matt the First”) has been published in Italy. Italian Polish philologists and an Italian philologist together with students of the universities of Bologna, Florence, and the Pedagogical University of Cracow worked on the translation. The edition was supported by the Book Institute as part of the ©POLAND Translation Programme.

The translation was edited by Italian Polish philologists: Andrea Ceccherelli and Lorenzo Costantino, as well as by an Italian philologist Marcin Wyrembelski. The book was published by Villaggio Maori publishing house.

Lorenzo Costantino told Polish Press Agency (PAP) that the decision to work with students on Korczak's book during translation classes was made in 2012, after the Bologna conference on the Polish pedagogue.

As he explained, the only Italian translation of King Matt the First dating from 1978 was made from the French language and was full of errors.

"But above all, the reason for starting this work was the fact that despite growing interest in Korczak's pedagogical thought in Italy, the literary work of this great thinker is still little known to Italian readers”, said Lorenzo Costantino, currently working at the Polish Institute in Rome.

"And this work”, he added, “is an integral part of his educational project. King Matt the First occupies a special place in it.”

Costantino drew attention to the unique language of the original book. "We wanted our Italian translation to reflect the directness, original comprehensibility, and expressiveness that sometimes, especially in dialogues, resembles spontaneous children's language”, he emphasised.

As the co-editor of the translation pointed out, it is in line with Korczak's style and, at the same time, adapted to the expectations of an Italian reader.

"It is a book for children with worldly values," he said.