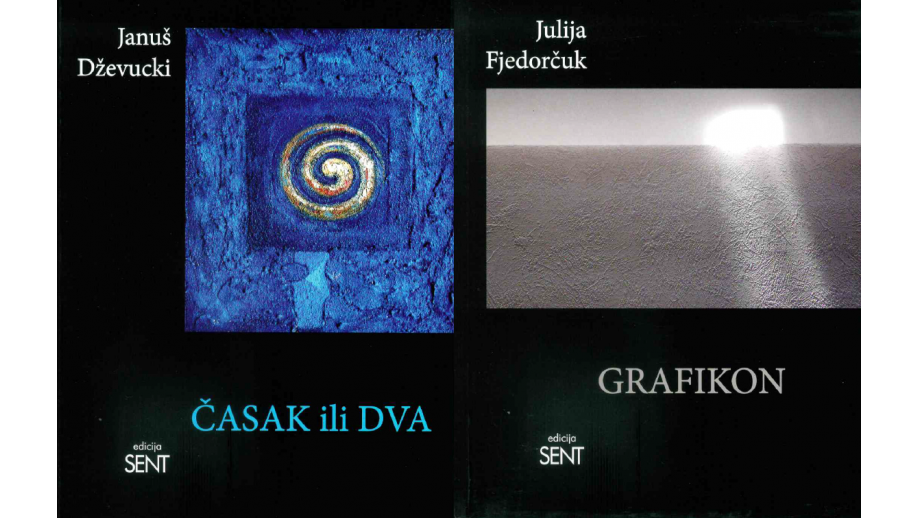 In Serbia, the translation of the selections of poems by Janusz Drzewucki and Julia Fiedorczuk have been published. The volumes were translated by Milica Markić. The publication of both volumes was supported by the Book Institute as part of the ©POLAND Translation Programme.

Both volumes were published by the Serbian publishing house Građanski Forum in Novi Pazar, Serbia, in the series Edicija Sent: poems by Janusz Drzewucki were published under the title Časak ili dva, i.e. "A Moment or Two", and Julia Fiedorczuk's volume is entitled Grafikon ("Graph"). The author of the translations is the outstanding translator Milica Markić, born in Belgrade in 1966.

Markić graduated from the University of Belgrade with a degree in Polish Philology in 1991. She worked in Nolit and Clio publishing houses, and until 2009 in the library of the State Administration Office. She has been translating Polish literature since 1995.

In 2016, she was nominated for the prestigious Miloš Đurić Award in the field of literary translation for her translation of the selection of poems Kat bez maski (“Executioner Without a Mask”) by Andrzej Bursa. She was again nominated for the same award in 2018 for the translation of Olga Tokarczuk's Księgi Jakubowe (“The Books of Jacob”), which was also supported by the Book Institute as part of the ©POLAND Translation Programme. She has been a member of the Association of Serbian Translators of Literature since 2004.

Next: Wystawa „Raz, dwa, trzy – czy ta my” w Olsztynie Back to list