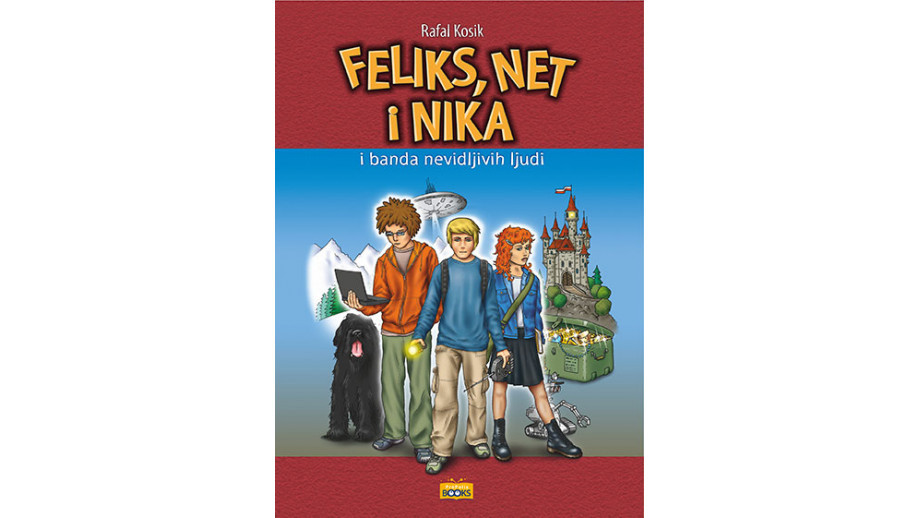 ”Felix, Net i Nika oraz Gang Niewidzialnych Ludzi” in Serbian with the support of the Book Institute

Rafal Kosik's novel Felix, Net i Nika oraz Gang Niewidzialnych Ludzi (“Felix, Net and Nika and the Gang of Invisible People”), translated by Andelija Jočić, has been recently published in Serbia. The publication was supported by the Book Institute as part of the ©POLAND Translation Programme.

The novel Felix, Net i Nika i banda nevidljivih ljudi, as reads the title of the Serbian edition of the book, has been released by the publishing house ProPolis Books in Belgrade.

Felix, Net and Nika and the Gang of Invisible People is the first volume in Rafał Kosik's bestselling series. This fantastic and hilarious novel about thirteen-year-olds tells the story of friendship, crazy inventions, artificial intelligence, treasures, ghosts, robots, a UFO, as well as teenage feelings. Three middle school students from Warsaw investigate a gang of vanishing thieves.  The story describes everyday school problems and unusual adventures, computers, inventions, ghosts and - perhaps most importantly - the story of a dream friendship.