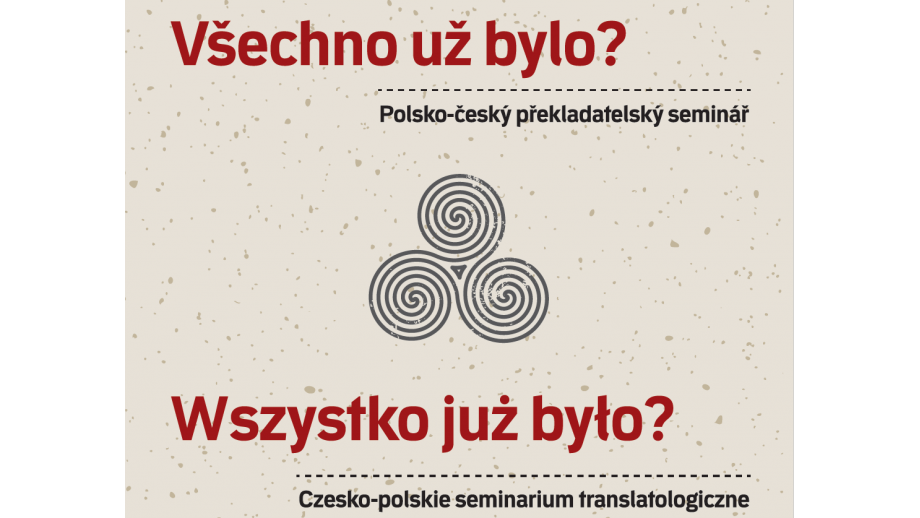 In Broumov, from 29th November to 1st December, a Polish-Czech translatological seminar entitled Wszystko już było? ("Everything’s been done?”) for translators of Polish and Czech literature will take place. The event is part of the programme’s activities preceding the presentation of Poland as an honorary guest of the International Book Fair and the Svět knihy Literary Festival in Prague as well as the presentation of the Czech Republic as an honorary guest of the Warsaw Book Fair in 2020.

The aim of the project is to invigorate the creative view of mutual translation and literary achievements, building a platform for exchange and mutual interaction between the key figures for the transfer of culture between Poland and the Czech Republic, as well as increasing the competence of professional translators of Polish and Czech literature, building the prestige of the literary translation profession, and integrating the community. Together with the whole package of activities within the framework of Poland’s programme as a guest of honour at the fair in Prague, in the long run, the project is to have a stimulating influence on the interest of Czech publishers and readers in Polish literature.

An important new element in improving the competence of translators of Polish literature will be training in so-called soft skills, especially in self-presentation and negotiation. The observation of the practices of publishing market functions in many countries, including the Czech Republic, shows the growing role of translators as equal participants in business processes, acting not only as authors of translations, but often directly as literary agents.

Next: Otwarcie XXVIII Targów Książki Historycznej i wręczenie Nagrody KLIO Back to list