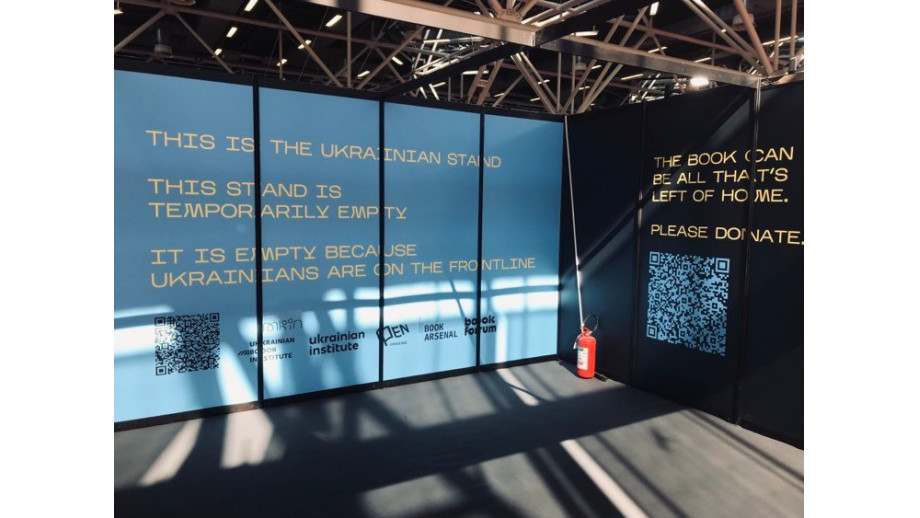 This year's edition of the Bologna Children's Book Fair is unique not only because the fair is returning as an in-person event. The organisers of the fair did not forget about Ukraine, and, after consultation with the Ukrainian Book Institute and the Ministry of Culture and Information Policy, they provided a large free display stand for Ukraine. The empty stand is somewhat a manifesto of support.

"We were extremely struck by the attitude of the organisers of the fair, who granted Ukraine a book display stand. This stand, however - and this is a shocking sight - is empty," commented Book Institute director Dariusz Jaworski.

The organisers of the fair asked participants to bring Ukrainian children's books to Bologna, from which the exhibition will be created.

The Book Institute has responded to this appeal, "The Book Institute is committed to helping our Ukrainian brothers," stressed Director Jaworski. “We support the Book Institute in Kiev, Ukrainian publishers, with whom, by the way, we have been cooperating for many, many years. We publish a great many Polish books in Ukraine, including books for children and young people. It was obvious to us that we would pay at least a little attention to our friends from Ukraine at this very tragic time of their struggle against the occupying forces and the Russian aggressor. That's why we present books translated into Ukrainian in Bologna, including those published as part of our Translation Programme, and we also present various types of information to support Ukrainians at our stand".