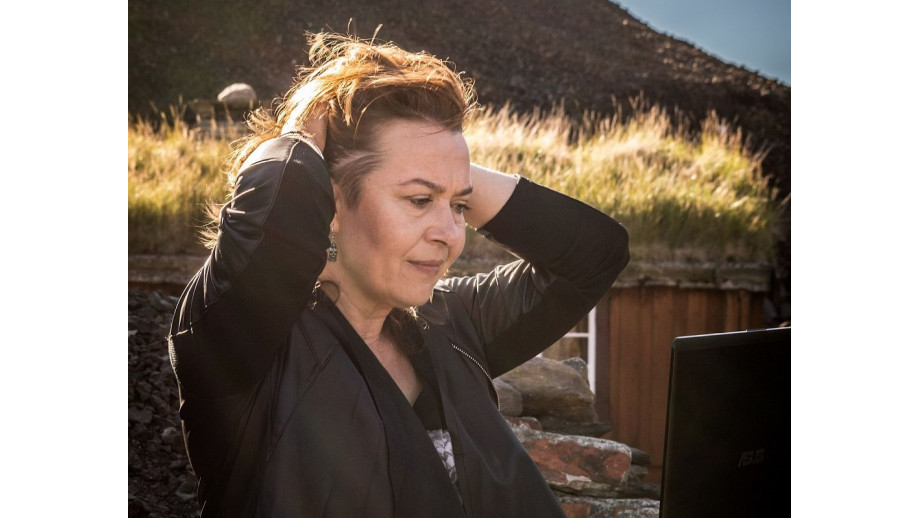 Elżbieta Cherezińska’s novels to be published in the USA!

Tor Books, a part of Macmillan Publishers, acquired the rights to the English-language editions of Elżbieta Cherezińska’s novels Harda (“The Widow Queen”) and Królowa (“The Queen”). In recent years, the writer was actively supported by the Polish Book Institute, which promoted her works in the Books from Poland catalogue in Frankfurt, whereas the writer herself was present at the Institute's stand at the Svět Knihy book fair in Prague. The Widow Queen will be released in January 2021.

Two bestselling titles by the “queen of contemporary historical novel” is a story about an extraordinary woman, whom we meet not only from the perspective of Polish history but also medieval Europe. Sigrid the Bold was the daughter of Mieszko I and the sister of Bolesław I the Brave. However, she made history primarily as the Queen of Sweden, Denmark, and Norway, as well as the mother of the King of England.

The author speaks enthusiastically about the planned English translation:

I am very happy that it is The Widow Queen that will be released on the American market, because this novel, although focused on the fate of the Piast, but also Scandinavian queen, tells as well, somehow as a side note, about the compelling origins of the Polish state. At the same time, as a story about a woman in the world of male politics, it becomes a universal story, still prevailing and recognisable to everyone. Sigrid the Haughty, more than a thousand years ago, coped very well in Sweden and Denmark, outlived two husbands, famous and vicious Vikings, and so I believe, she will cope in America.

Andrzej Zysk, the Head of Rights at Zysk i S-ka publishing house, emphasises the special role of a strong female character in the historical realities of the novel:

There are more and more signals from various markets about the great return of the historical novel. Well written, often with a strong female character. And that's why the story of Sigrid the Haughty attracts such attention. We are very happy that it will be introduced to the American market by Tor Books, which has been considered the best publisher by Locus magazine continuously for the last 30 years. Elżbieta Cherezińska joins the great, though not so large yet, group of Polish authors published in the United States.

Elżbieta Cherezińska, writer and theatrologist, made her debut with the story about Łódź ghetto entitled Byłam sekretarką Rumkowskiego. Dzienniki Etki Daum (“I Was Rumkowski’s Secretary. The Journals of Etka Daum”). She is the author of the series Północna Droga (“Northern Road”) and Odrodzone Królestwo [“Reborn Kingdom”] (Korona śniegu i krwi [“The Crown of Snow and Blood”], Niewidzialna korona [“Invisibile Crown”] and Płomienna Korona [“Fiery Crown”]). These books have become bestsellers and have given Elżbieta Cherezińska the leading position amongst the authors of historical novels.

Macmillan Publishers is one of the largest publishing companies operating on the global market, which has a wide range of books for children and adults in all categories and formats. Many of them win significant awards. ‘Tor’ is the most prestigious fantasy and science fiction publisher in the world. Its offer also includes a wide selection of historical novels and thrillers, as well as non-fiction literature.