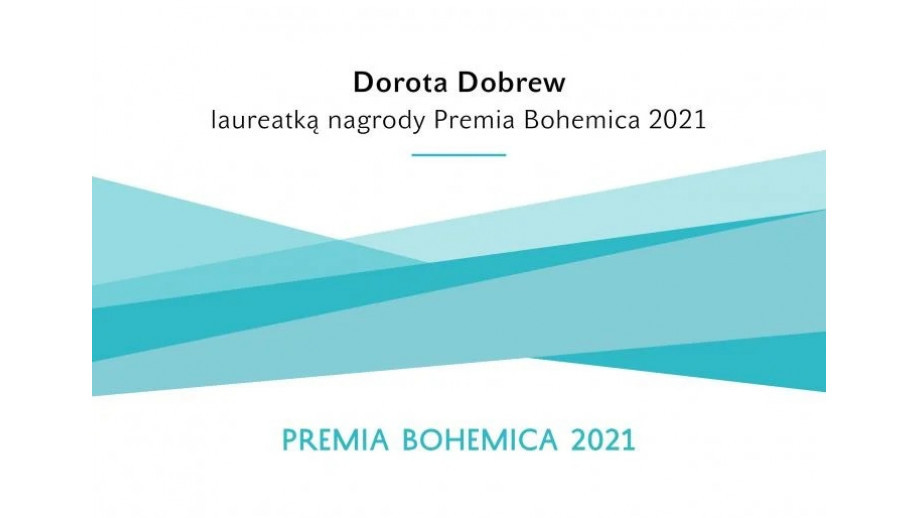 The Moravian Library announced that the prestigious Premia Bohemica award was granted to the Polish translator of Czech literature Dorota Dobrew. The award was presented in Warsaw at the Book Fair, where the Czech Republic was the guest of honour.

The Library of the Moravian Region in Brno has been awarding the Premia Bohemica award since 2017 on the authority of the Minister of Culture of the Czech Republic. It is an award for a foreign Czech scholar or translator who has made an exceptional contribution to the promotion of Czech literature in their own country.

The Premia Bohemica award was established in 1993 and was conferred by the Czech Literary Foundation (Český literární fond), then in 2002-2011 by the Czech Writers’ Union (Obec spisovatelů). Former laureates of Premia Bohemica include figures such as: Susanna Roth (1993), Oleg Malevič (1998), Leszek Engelking (2003), Reiner Kunze (2004). In recent years, it has been awarded to translator and university lecturer Urs Heftrich (2017), translator and Czech scholar Annalisa Cosentino (2019), and translator and Sorbonne professor Xavier Galmiche (2020). The award is decided by a committee made up of the most prominent Czech literary scholars and previous award winners.

Dobrew studied Bohemistics at the University of Warsaw, where she later also conducted academic work. She has translated more than 30 books and publications from Czech.

Dobrew is the 24th winner of the Premia Bohemica award. Another artist honoured with the award was Andrzej Czcibor-Piotrowski.