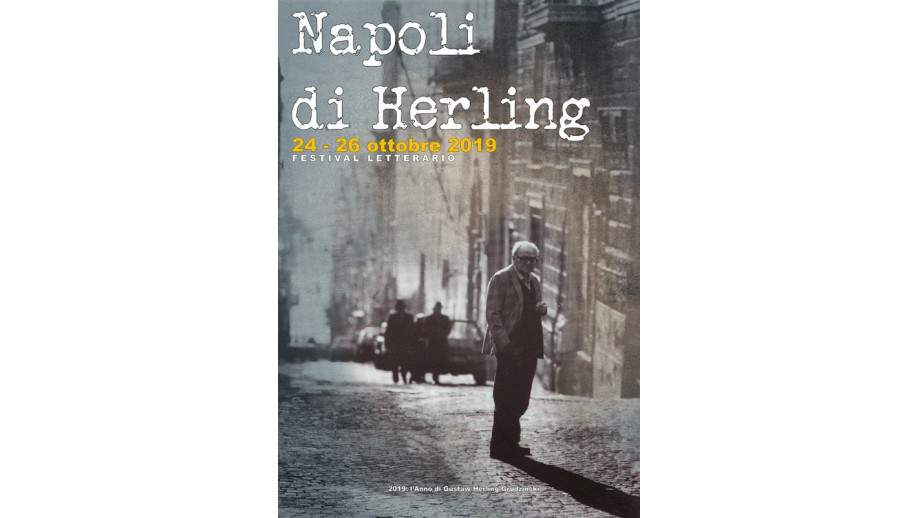 Debate on Herling-Grudziński's Europe at the "Napoli di Herling" festival

Italian Polish philologists and experts on the work of Gustaw Herling-Grudziński took part in a debate on his work on Friday in Naples. They emphasised his pronounced views and firm opposition to the post-war division of Europe, which was sanctioned after the war.

As part of the three-day "Napoli di Herling" festival, dedicated to the author of Inny świat ("A World Apart") and taking place in the year of the centenary of his birthday, a conference "Herling's Europe" took place in the historical centre of the city.

Professor Luigi Marinelli, a Polish philologist from the La Sapienza University in Rome, pointed out that the work and school of thought of Herling-Grudziński confirms that whoever, just like himself, experienced the horror of the Gulag, felt even more connected with Russian culture, with the Russians, who were also victims of Soviet totalitarianism.

Marinelli said that Herling-Grudziński was a "refugee". "Polish literature is in large part an emigratory work," emphasised the Italian Polish philologist. Then he noted that "whoever erects the walls is beyond history".

Paolo Morawski from RAI TV and J.S. Umiastowska Foundation presented the writer's view of Europe contained in his journal. He recalled that the writer described totalitarianism and the "twin dictatorships of Nazism and Communism", which also provoked negative reactions in Italy and, as he pointed out, not only in Italy.

The expert drew attention to the exceptional purport of the descriptions of women hiding their children in the ice-cold Siberian land. "We don't even realise what that generation experienced," he added. He noted that the writer, a prisoner of the camp, considered it his duty to bear witness to what he had experienced. “He also witnessed the Cold War," said the speaker.

Morawski noted Herling-Grudziński's opposition to the 1975 Helsinki Conference, which, according to the writer, sanctioned the division of Europe, which the writer could not accept. “According to Herling," he said, "the West turned its back on the East, it stuck its head in the sand.”

The author criticised "small Europeanism" because he saw it as a "tool of division"; he claimed that "the West unites and thus separates itself from the East," said Morawski. He expressed the opinion that these views were original in the 1970s and 1980s. He pointed out that the writer was fascinated by Russia, but never identified its people with Soviet power.

Tomasz Makowski, the Director of the National Library of Poland, spoke to the audience, which included many Italian students of Polish philology, about the experience of the young generation who had read Herling-Grudziński's books in Poland before his books were included in the canon of school reading.

"I am from the last generation in a country that has read his works not as required school reading, but as a personal experience," he said. "In my generation it was necessary to discover him," added Makowski. He stressed that he was the last writer whose subsequent passages of his journal published in Poland in the 1990s were so expected.

Dariusz Jaworski from the Book Institute in Cracow, in turn, expressed the opinion that there is a "deficit in the presence of works" of the Polish writer in the world. He considered the collection of his works published in September in Italy to be a major event. He also noted that the works of Herling-Grudziński, especially A World Apart, were translated into, among other languages, Hungarian, Ukrainian, Russian, German, English, Serbian, Slovenian, Macedonian, or Turkish.

The greatest success of the organisers of the "Napoli di Herling" festival was the invitation of the eminent Italian actor, who played the most famous roles in the films of recent years, Toni Servillo, who, on Friday evening, read the writer's story in the Basilica of Santa Chiara. He is also an enthusiast of Herling-Grudziński's works.

Next: The Book Institute supported the Czech edition of “Czarny ptasior” by Joanna Siedlecka Back to list