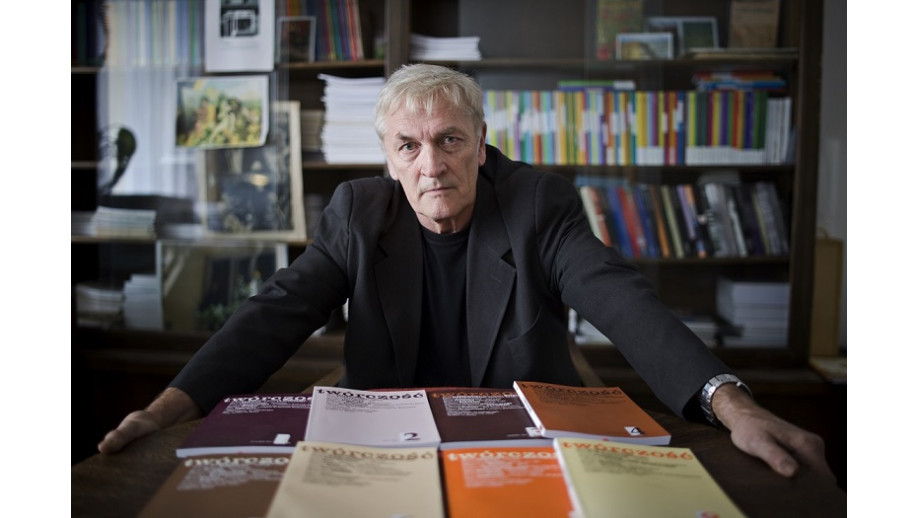 Polish poet and translator Bohdan Zadura has been shortlisted for the Drahomán Translation Prize, awarded annually by the Ukrainian Institute, the Ukrainian Pen Club, and the Ukrainian Book Institute for the best translations of Ukrainian literature.

The nomination for Bohdan Zadura for the Drahomán Prize consisted of translations of three books, My Grandfather Danced the Best by Kateryna Babkina, The Eternal Calendar by Vasyl Makhno, and the novel Lutetia by Yuriy Vynnychuk.

Zadura has also previously translated Serhij Zhadan's volume Antenna, among other titles. The premiere of the translation of Kateryna Babkina’s volume is planned for next year.

"We are delighted to hear of the nomination for this prestigious award, especially as we have been working with Bohdan Zadura for several years. There were 27 names on the longlist, and now three remained. We do hope he will become a laureate," Katarzyna Janusik of Warstwy Publishing in Wrocław told PAP (Polish Press Agency).

The Drahomán Translation Prize is awarded to translators of Ukrainian literature. Applications for 2021 were closed on 30 November 2021. Most of the nominees are translators from Ukrainian to Polish and Italian. The list also included translators into other languages, including German, Belarusian, Romanian, Dutch, Portuguese, French, Hungarian, Serbian, Bulgarian, Latvian, Macedonian, and Hebrew.

Bohdan Zadura was born on 18 February 1945 in Puławy. He worked in the editorial offices of the literary magazines “Akcent” and “Twórczość”, where he was editor-in-chief from 2004 to 2020. He is the recipient of numerous literary and translation awards, including the Wrocław Silesius Poetry Award for lifetime achievement (2018), the "Literatura na Świecie" Award for the translation of Serhij Zhadan's volume of poems Antenna (2021), as well as the Angelus Central European Literature Award for the translation of Kateryna Babkina’s short stories My Grandfather Danced the Best (2021). He works as a translator from English, Belarusian, Russian, Ukrainian, and Hungarian.

He has received numerous literary awards, including the Stanisław Piętak Award (1994), the Józef Czechowicz Award (2010) and the Silesius Award in the book of the year category (2011), Kyiv Laurels (2010), the Hungarian Gábor Bethlen Award (2013), the Hryhorii Skovoroda International Literary Award (2014), and the C.K. Norwid Award (2015).

Zadura is also a poet. "Just as the word 'time' occurred very often in the poems from my first volumes, when thinking about what happens to me, I used the term ‘coincidence’ very often. This coincidence sometimes equated with its opposite, namely destiny. What happens by coincidence perhaps happens by providence," he said of his poetic work.

In 2009, Zadura was nominated for the Wrocław Silesius Poetry Award for his volume Wszystko (“Everything”), and two years later he received it for Nocne życie (“Nightlife”). Zadura's subsequent 2016 volume Już otwarte (“It’s Open”) is somewhat of an autobiography-memoir.

In 2018, Bohdan Zadura won another Silesius award - this time for lifetime achievement. In 2020, a selection of his poems Sekcja zabójstw (“Homicide Section”), was published. The following year, Puste trybuny (“Empty Stands”) appeared on the market.