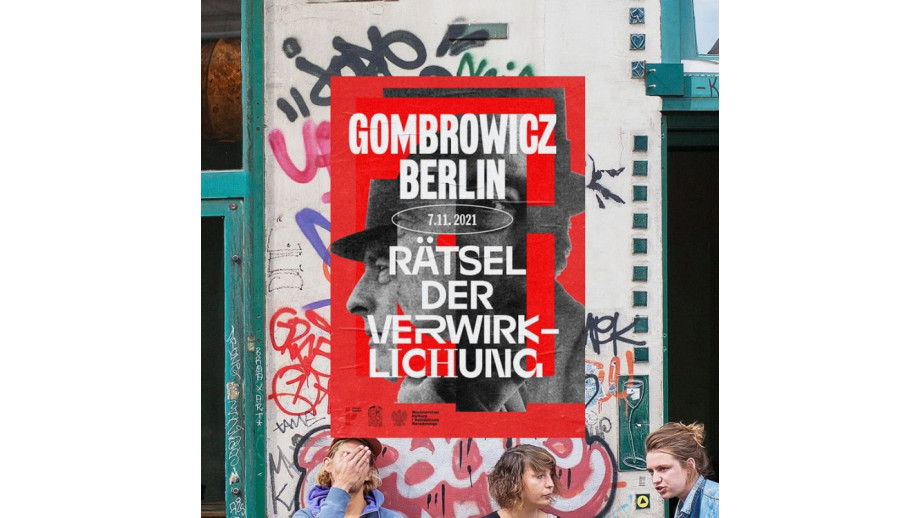 Berlin exhibition devoted to Witold Gombrowicz to open on Sunday

“The exhibition will be set up in front of Hansa-Bibliothek in Berlin," Robert Utkowski from the museum in Wsola informed on Wednesday. The exhibition consists of quotations from Gombrowicz's works and photographs documenting the most important stages of the writer's life.

“To reflect the international significance of the work of the author of Dziennik [“Diaries”], the exhibition tells the story in four languages: Polish, English, German, and French," informed Utkowski.

The opening of the exhibition will be accompanied by the event "Me, me, me... and Berlin" with the participation of the well-known German actor Hanns Zischler, who will read excerpts from Gombrowicz's Berlin notes. Olaf Kühl, Slavist, translator, and writer, will talk about the writer's stay in Berlin.

Witold Gombrowicz stayed in Berlin for a year (May 1963 - May 1964) on a scholarship from the Ford Foundation. "Berlin became a watershed moment separating the writer's twenty-four-year stay in Argentina and the last period of his life, France. Although it was only an episode in the life of the author of Ferdydurke, his traces in the German capital are still visible today," Utkowski noted.

He added that Gombrowicz's relationship with Berlin goes deeper than it appears at first glance. For in his Diaries Gombrowicz writes, "Berlin has become my inner adventure" and "This city is in some ways so similar to me that I myself no longer know where I end, and where Berlin begins".

The exhibition in Berlin is organised by the Pilecki Institute Berlin Branch, with the support of, among others, the Witold Gombrowicz Museum in Wsola and the Hansa-Bibliothek in Berlin.

The exhibition is another element of the "Gombrowicz in Berlin" series, which has been running since May. Earlier this year, a commemorative plaque was unveiled on the wall of the building where the writer lived for some time during his year-long Ford Foundation scholarship.

The Berlin event is also supported by the Ministry of Culture and National Heritage.

Here is a link to a stream of Sunday's event: https://fb.me/e/2CD9fzpTk

Witold Gombrowicz came to West Berlin in 1963 on a one-year scholarship from the Ford Foundation. It was his first stay in Europe after many years of emigration in Argentina, where he arrived on the Polish transatlantic liner MS Chrobry in 1939, just before the outbreak of the Second World War. After living in Germany, the writer moved to France, where he settled permanently in Vence, near Nice. He died in 1969.

Next: Arabic edition of the School of New Translators inaugurated [report and photos] Back to list