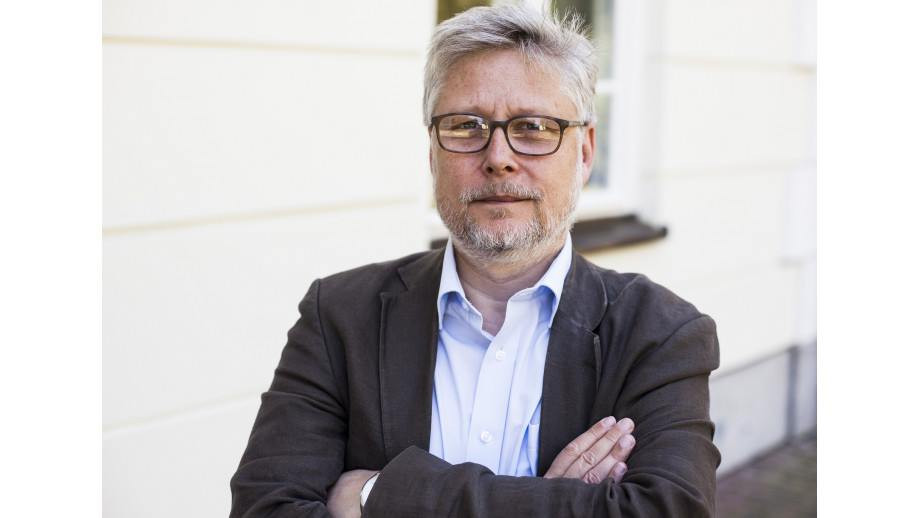 Bedside table #23. Professor Marek A. Cichocki: Not to lose the delight of reading

Marek A. Cichocki, philosopher and political scientist, talks about his recent readings, books that shaped him, fondness for decent Polish prose, and about what he is looking for in literature.

Many things, but I must admit that these are mainly books for work... The humanities scholar's curse is that it's work with books and on books. Therefore, if one is not careful enough, one can lose the pleasure and delight of reading, because you treat books purely professionally. I think, unfortunately, that has been the case with me recently. But I also try to return to books which gave me enormous pleasure in the past.

And how do those returns come off?

It depends on the book, of course, but generally they are not disappointing but rather pleasurable, or they remind me that once a given book was important to me, opened my eyes, drew my attention to something.

Have you had such a successful return lately?

I keep coming back to a little book by André Frossard La Baleine et le Ricin (“The Whale and the Ricinus Bush”), and now I read it again in my spare time. It is devoted mainly to the event of May '68 in Paris, but to some extent, it is also an attempt to describe the condition of contemporary Europe. It is actually a dialogue with Frossard, written in the 1980s or just after the end of the Cold War, so at the moment of the great breakthrough, the turning point in Europe. He attempts to look at these two issues in a very interesting way: what happened in the 1960s and the events at the turn of the 1980s and 1990s. The key for him is the story of Jonah, a prophet who did not want to be a prophet. Jonah had to go to Nineveh to tell the people that they would be terribly punished by God, and then God changed his mind and forgave the people of Nineveh. Embittered, Jonah sat on a hill looking at a city that was to be razed to the ground, but it was converted and decided to turn to goodness. God made a Ricinus bush grow behind Jonah's seat to protect him from the sun – it was meant to be a kind of consolation. It is a fascinating book that deals with the question of whether people in Europe are able to turn back from the path they are following, whether they are aware of the mistakes they are making, and whether they are ready to convert to the right path, which is always associated with a spiritual breakthrough. Are Europeans capable of such spiritual breakthroughs at all? Frossard's conclusion is rather pessimistic, but not entirely.

Have you been delighted by anything lately? Maybe something from these books for work?

I think it's my defectiveness, but I can't write from the top of my head. In my case, writing is connected with reading books and the inspiration that these books or their authors give me. I am always surprised, but also a little worried about the moment when in different places, I come across similar conclusions or similar thoughts, which form a single whole. This, of course, delights me, because I think then that what goes around in my head is not just my flight of imagination, but there is a group of people who see things in a similar way and notice similar problems.

Teodor Parnicki was definitely an important writer for you. Who do you read from contemporary Polish prose writers?

This is a difficult question, because I do not have a good opinion of contemporary Polish prose. I don't like it; I don't find in it what I'm looking for in books.

And what is it that you are looking for?

Inspiration, precisely. In my defence, I would say that I have tried many a time, I really tried to get into authors of books that arouse interest and general attention. Most often, it ended with disappointment, resulting from the fact that the authors of these books do not want to face us alone, they do not seek answers to the fundamental question that interests me: why are we who we are? They look for these answers outside of us, outside of our reality, fleeing either into some projections of reality from the past, or magical realism, or circumstances vividly invented and in no way related to what we see in our own world, here, in Poland.

So, you would rather expect prose to be something more like psychological realism?

No, it can also be very spiritual or even mystical. But most of all, I expect it to turn to itself. The curse of a significant part of Polish culture after '89 is its secondary nature. It happens very often that books approaching an outside reader, or an outside reviewer are created. Written from the point of view of what a reader in Germany, the United States, or France expects from a Polish prose writer. From my perspective, such books are completely uninteresting, because I am completely uninterested in what someone in Germany, France, or the United States expects me to do. I am convinced that if we have something interesting to say about ourselves, it will be interesting everywhere.

This was the case with the greatest successes of Polish literature of the 20th century. Miłosz, Herbert, and Gombrowicz are writers who tell a great deal about the Polish experience.

Yes, they talk about the Polish experience and talk about it in a way that is understandable for someone who does not have this experience.

Besides, what do we expect from foreign prose? I think that it should not be so much exotic as interesting because of its otherness.

However, it should be noted that, unfortunately, literature and books in general have become a consumer product and are governed by a different logic than the one I am talking about at the moment. This is a problem indeed, because to what extent will a book that has no consumerist nature, that does not want to be a commodity, but a certain experience or a certain adventure, for example a spiritual one, find its recipient in today's world?

I can answer that: research conducted by the National Library shows that of the 37% of Poles who read books, 5% of them reach for high quality literature. This is more or less what it looks like. Let us go back in time: what were your most important readings from childhood or youth?

Apart from the school canon, I became interested in philosophy quite early on. I liked to read classical philosophy, especially Plato’s Dialogues. It was a pleasure for me, and I am still very much attached to Witwicki's translations of thereof.

I know everyone is complaining, everyone is criticising, but I always return to them with great pleasure, aware of their weaknesses. They are so attractive and appealing in literary terms that it is difficult to abandon them. Witwicki's absolute phenomenon and his talent make us return to these translations even if we know that we have more correct and also very good translations at our disposal.

I would also like to ask you about the books that shaped you, that have somehow changed you.

I have always had a fondness for decent Polish prose as that of Prus and his Lalka (“The Doll”) or Faraon (“Pharaoh”), Reymont's Ziemia obiecana (“The Promised Land”), Sienkiewicz, not Trylogia (“The Trilogy”) though, but novels in which he tried to deal with contemporary problems of the turn of the 19th and 20th centuries. When one reads these works anew, each time one discovers how solid they were. Thanks to that, today they are still readable and still tell us very important things about why Poles are what they are, what type of experience formed us. I must say that it has always had more impact on me than the whole Polish canon of romantic literature, to which I had a rather sceptical attitude. Of course, I like Mickiewicz’s Pan Tadeusz very much, and I return to its various excerpts, because it seems to me that the image of Polish spirituality, Polish culture, and Polish being together in such a brilliant way was contained there – indeed, Mickiewicz managed to masterfully immortalise it. I also like to return to Krasiński, but more to philosophical than literary works. I always had a big problem with Słowacki, I know, "he was a great poet ", but for some reason, I cannot perceive this kind of romanticism.

I'm going to ask you provocatively, why are you what you are? What readings have shaped your worldview?

It's a difficult question, because it forces a more personal view. I think that certainly the experience of seeing and experiencing Poland and Poles in three completely different situations of fate and history, which was Poland before the first Solidarity movement, Poland of the 1980s (an exceptionally depressive and gloomy image in my memory) and the one after 1989. Until now, I remember the underground passage near Rotunda at Dmowski Square: grey, dark and only every second or third lamp was on, and when there was a downpour or snow melt, one would wade in standing ankle-deep water . It was a grim picture, devoid of any hope. Martial law was for me what the grave test was for Krasicki, a dark moment that allowed for a rebirth. And perhaps because I remember those two earlier Polands and Poles in two earlier Polands, the third experience of Poland after '89 makes me very understanding for what has happened in the last 30 years. I know, of course, that many things have been forfeited, lost, and misdirected, with the result that to this day we are still struggling with all sorts of problems, but because of the memory of what was before, I have a lot of tenderness for the '90s and for what was after. To me, this has always been proof that Polishness is an incredible vitality, an incredible energy, which we discover in ourselves each time, that we can be reborn and become stronger. Certain experiences are already so terminal and dire that no one would be able to rise from them, and it turns out that our energy is so great that we can get out of any situation of collapse, and this is what captivates me in Polishness: its vitality, one can say immortality.

I have a few books that lie in a heap that are waiting. They mainly concern what is happening in Poland and Europe today: the crisis, nationalism, issues related to political philosophy, and political sciences. I also have a book that I have to deal with for personal reasons, namely Janusz Ostrowski's work on Hegel. Janusz was a student of Siemek, he always worked on Hegel and wrote a great doctorate on the subject, and the work received an excellent review from Barbara Skarga. He decided never to publish it. We often tried to persuade him to break and publish this book. He was a close friend of ours, we met in a seminar circle in the 1990s. This book finally came out. Unfortunately, it is Janusz's first and last book because he died last December. It was only his death that made the book appear. I've only flicked through it for now, the table of contents and chapters look very encouraging: there is a lot about the reception of Hegel, about Hegel's concept of civil society, about what Hegel's reception at Alexander Kojève's was like. I will certainly read this book. I think that it will not only be a philosophical adventure, but also because of this personal strand, an important experience for me.

Interviewer: Krzysztof Cieślik (the interview was published in the last issue of the monthly magazine "Nowe Książki”)