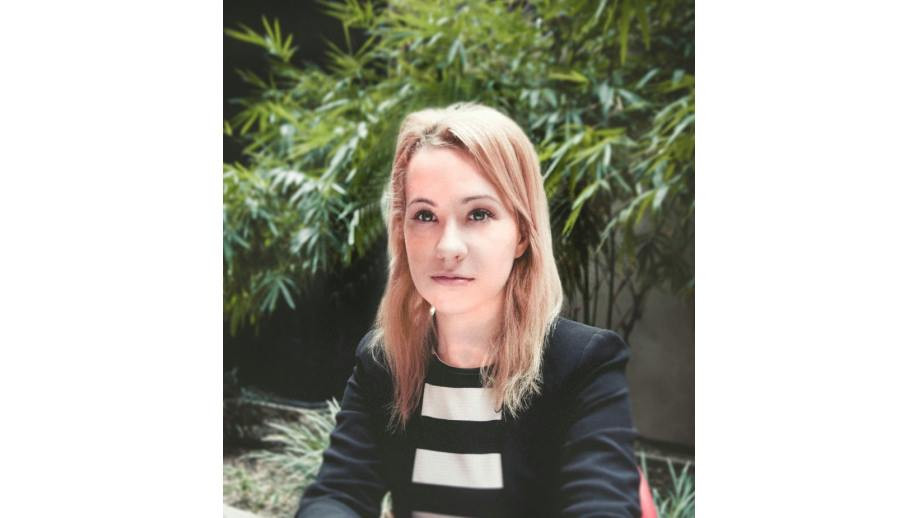 Writer Weronika Murek talks about the books that sucked her in and those that formed her, reveals which novel stimulates her imagination and presents her recent literary favourites.

What are you reading now?

T'en souviens-tu mon Anaïs? by Michel Bussi. I saw a gigantic advertisement of this book in a bookshop display. The slogan went: the most inventive French detective novel writer. The word “inventive” endeared me enough that I immediately decided to buy/download it. You have to admit that it's not a typical word used in advertising strategies

That's true, “masterpiece” is the buzzword. But “inventive” seems at place in a detective novel.

“Inventive” should fit everywhere! Either the publishing house have used up all other adjectives in the Polish language, or we can finally make the word “inventive” – a simple, regular word that seems lost as an expression of quality – ordinary again, and make “masterpiece” extraordinary.

And is Bussi inventive?

It depends on what is your position on the sentence: “With the tip of the trowel he pointed to to an envelope slid into a gap in the wall he was repairing.” If it's horizontal, it means you're easily surprised. But I've just started.

Has anything blown you away recently?

Well, it's not a really hipster choice, but I really liked Huset med de två tornen [A House with Two Towers] by Maciej Zaremba Bielawski. The literary craft seemed excellent to me: it's constructed in a precise and impressively deliberate way, acute at the single sentence level, with paragraphs that you read without taking a single breath. I avoided this book for a long time, at first it was all over my internet bubble, big words were being written about it, but I was kind of afraid of this pompous, super Polish story.

Speaking about construction and a single sentence: is the language or the story more important to you?

There is always this argument between #teamstory and #teamform, while almost everyone claims to be #teamboth; it's best to be beautiful, healthy and rich, but still. My problem is that I quickly give up on books that are written in a flat, stereotypical language. There is nothing wrong with a simplicity of language, if this language doesn't pretend it is configured to express reality as fully as possible. I think it's at its most powerful, when it deliberately surrenders before reality. But sloppy language is often a result of sloppy thinking: in this sense I think we should be vigilant about it. Besides, I consider form to be a story in itself: a gesture that is an equal hero. The way you approach the concept of a story is another matter: if you're malicious, if you're outside the target group, then it must be hard for you to find it.

You bought or downloaded Bussi's book. Do you use an e-reader or read traditional books more often?

An e-reader almost exclusively by now, because I have an app with a subscription that gives me access to almost everything being published now. At last I'm in this perfect situation where I have access to plenty of books that I'm not interested in or don't like, and I can just sit at home and slowly, systematically not read them. Besides, I serially quit books before finishing: I don't have and I never head the strictness and discipline to finish everything I start reading.

The reader is conductive to it. Do you quickly give up when you don't like something?

I'm quite brutal: I drop out after first pages, first chapters, sometimes twenty pages before the end, which is of course completely dumb and has more to do with my long periods of passionate reading followed by long periods – connected with my work or travels – during which I just have no time to read, so the books that I don't read at once to the end mostly stay unfinished. Using an e-reader leads to a kind of an ultimate compliment towards a book: in the past I used to say that something is  wonderful or great, now I just think that I need to have it on paper. And recently the books I wanted to have on paper where Huset med de två tornen and Nightwood by Djuna Barnes which I first read as an advance copy, then on my reader, and finally I thought that it's so great and so wonderfully translated by Marcin Szuster that I have to have a physical copy.

What did you love so much about Barnes's writing?

It swirls wonderfully, it's language in its prime – vivid, digressive, entirely original, written with great freedom for many voices, and almost totally seamless. It's an impressive experiment – the kind you make without any security measures, without setting up any acclimation camps on the way. It probably took a lot of energy and courage to turn your back on all those people at the café tables of those times and accept the challenge, even if you heard – and Djuna did hear – that you're a lunatic and the only known thing about you is that nobody knows what your writing is all about.

Let's go back in time: what kind of a reader where you in childhood? Are any books from that time still with you?

I was a zealous reader, very joyful and very trusting. I remember that The Six Bullerby Children were the first thing I was reading on my own that sucked me in in some incredible way: you start reading and lose yourself, the sun sets, the moon rises, and you don't even notice it. Now it only rarely happens to me, probably mostly in cinema. A good or a bad film, it doesn't matter, if you're lucky enough to have neighbours who don't crunch, this entire reality that muffles the outside world – the darkness, the sound, the neutral comfort or discomfort of the chair – brings a kind of relief and just sucks you in. In this sense, it feels good to walk into the light of a cinema corridor or entirely outside after a screening, because everything on this side of the light suddenly seems unreal and you realise that it is possible to get sucked out of reality.

What books were the most important for you?

I don't know, the 20th century literature series published by Gazeta Wyborcza comes to my mind: I was in junior high school back then and it was a kind of a passage between young adult fiction and the world of the so-called serious books. Nabokov, Marquez, Faulkner, Capote, Cortazar, Puzo: that's how it more or less went. I think I once said that magical realism literature was important to me, because it was actually a big discovery when I was thirteen fourteen. But later I deliberately didn't come back to it, even though I still respect many of these authors.

What do you read when you're writing?

That depends on what I'm writing. Apart from the things I have to read as a part of the so-called research, I try to read things that are distant from what I write, because it's inspiring. Do you know what a House's moment is?

I have no idea.

It's from this series House. I don't know if you watched it.

Sure, now I understand – a moment of revelation.

When you're writing something, or writing about something, it's always in the back of your mind. Then something becomes clear to you in a dream or in the face of some association, gesture or a word – and suddenly the entire image takes shape and starts making sense. And this is House's moment – just this mechanism, because it's not about flair.

Coming back to your question: I have this beloved book that I use to start up my imagination: it's The Foundation Pit by Platonov.

How does Platonov start you up?

With his absolute language – the kind that turns the way you think, what you think with and the object you think about inside out. Platonov shift the language into an entirely different channel. Reading this is like using your right hand when you're left-handed.

Do you come back to other books from the past?

Not to reading them in entirety, but I have many books that I read in bits, some by Babel, some by Nabokov, The Issa Valley by Miłosz. Paul Beatty. I take them off the shelf to get in a better mood. Now I'm leafing through Paul Beatty again: it's wonderful writing, wonderfully funny, wonderfully right on the mark, wonderfully translated by Piotr Tarczyński, just supremely wonderful altogether.

Has any of your fascinations aged badly?

Coming back to this 20th century collection, Hesse's Steppenwolf comes to mind.

It's probably a classic example of something that you have to read in a certain age, like Salinger.

I remember that I read it as a teenager and back then it seemed perfectly aimed at my emo state of mind. There's pain and the world's lack of understanding there, there is a longing for normality and a kind of belief that this normality is out of reach. This hero is so mysterious, so alienated, he has this admiration for the smell of araucaria. I underlined entire sentences, entire paragraphs in this book. I was reading it with extreme zeal, palo santo was burning like an arbour. To this day I remember one quote: “Most people have no desire to swim until they are able to”. I totally didn't understand what it meant, but I sensed that it is presented by the author in a so-called telling way, which typographically should be probably expressed by spaced out letters. I recently came back to Steppenwolf, and it turned out that I started to understand this sentence. It also turns out that once that happens, the book stops working.

Are you working on any prose?

I don't know if it will be poetry, rather not, probably something strange in form and genre.

Daleko. Buddyjskie królestwo Mustangu (Far Away. The Buddhist Kingdom of Mustang) by Magdalena Gołębiowska, because I love the Orient Express series. Oh, this series is a good example of books that I have to have on paper. Because reading them is often fantastical, purely pleasant, an adventure. There is also Paul Theroux in this series. He is one of the favourite figures of the so-called everyday life, even though he comes from a totally unusual reality, because he describes his train travels – through America, Asia, Africa. It's pure travel, pure movement, pure being in motion, moving, a journey without an aim, without the toil that people associate with travelling by train. Just little delights of life.

Next: Jutro rozpocznie się Literacki Sopot Back to list