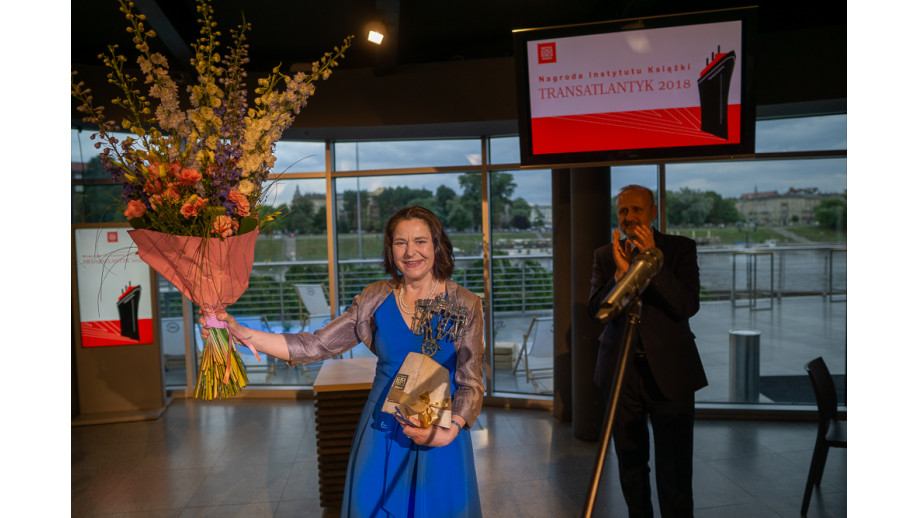 The laurel was presented today in the Manggha Museum of Japanese Art and Technology. This year Transatlantyk was awarded for the fourteenth time. The award was presented for the first time in May 2005 during the Congress of Polish Literature Translators to Henryk Bereska, who translated such giants of Polish literature as Jan Kochanowski, Jarosław Iwaszkiewicz, Jerzy Andrzejewski, Stanisław Wyspiański i Tadeusz Różewicz. Received it then.

The laudation in honour of the prizewinner was given by an Australian Stanley Bill, the director of Polish Studies at Cambridge University. Stanley Bill translated works of such authors as Czesław Miłosz, Jacek Dukaj, Łukasz Tishner and Michał Głowiński.

Antonia Lloyd Jones (born in 1962) studied Russian and Ancient Greek at Oxford. She received the prestigious Found in Translation Award twice – in 2009 for the transaltion of The Last Supper by Paweł Huelle, and a lifetime achievement award in 2012. She was interested in foreign languages since childhood, but she has only learnt Polish as an adult.

The Transatlantyk Prize is the Book Institute’s yearly award for great ambassadors of Polish literature abroad. It can be presented to translators, publishers, critics and cultural life animators.

The Transatlantyk Prize was presented for the first during the Congress of Polish Literature Translators, on May the 13th 2005 in the Juliusz Słowacki theatre. Currently, the prize is presented in June in Kraków, is worth 10.000 euros, and the winner also receives a commemorative diploma and a statue designed by Łukasz Kieferling.