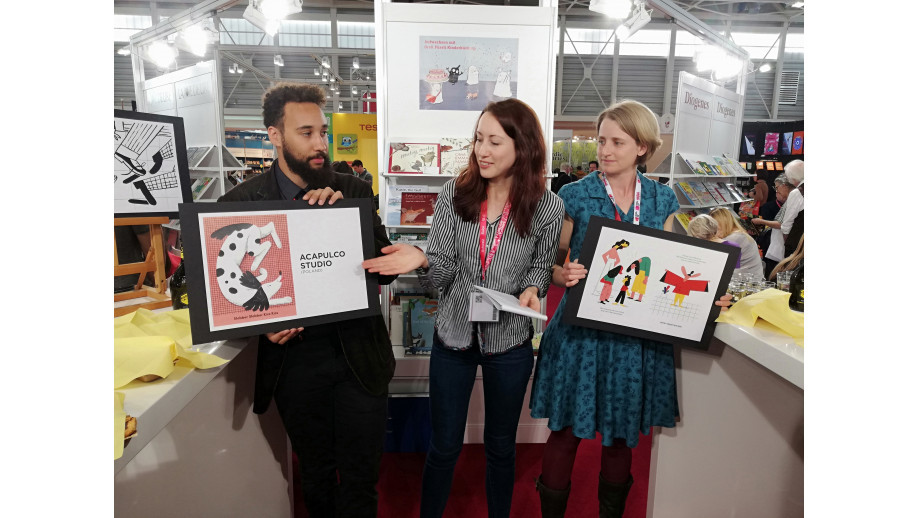 Another success for Polish illustrators in Bologna!

At the Bologna Children's Book Fair, Polish illustrators achieved another success, after the Bologna Ragazzi Award for Dominika Czerniak-Chojnacka in the category of books for the youngest, and took all three places on the podium in the competition of the Swiss publishing house Helvetiq.

The competition of the Swiss publishing house proves that the slogan "the land of talent" from the mural by Joanna Rzezak, which adorned the Polish stand at Livre Paris 2019, is by all means accurate.

At the fair in Bologna, Polish illustrators hit the jackpot and took all three places on the podium in the Helvetiq publishing house competition. The illustrations for the book by Anita Lehmann will be created by Katarzyna Fryza. Second and third place in the competition, in which 50 works from all over the world were competing, were taken by Katarzyna Majewska and Małgorzata Nowak together with Agata Dudek from Acapulco Studio, respectively.

The book with illustrations by the winner will be published on the Swiss and German markets in autumn 2019 in German and French.

Switzerland is an honorary guest of the Bologna Children's Book Fair. The fair will last until tomorrow.

Next: Bedside table #17 Justyna Bargielska: There can be no home without books Back to list