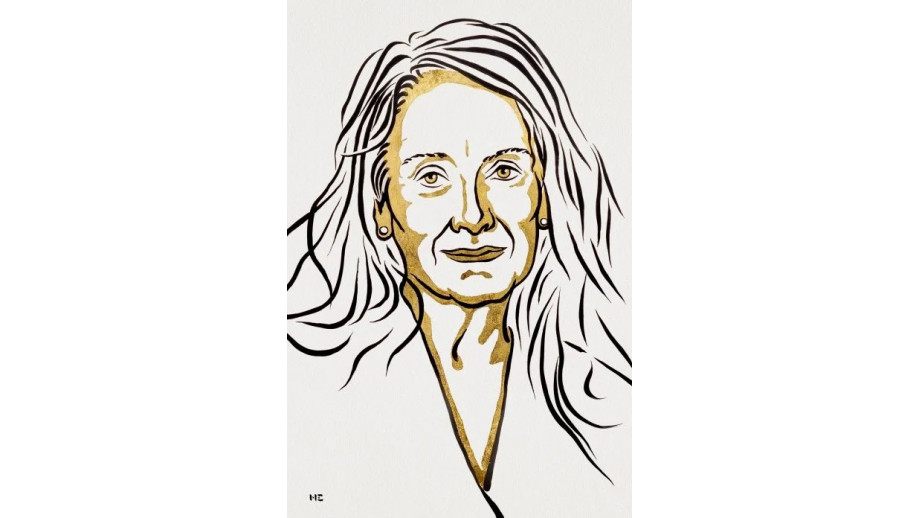 French writer Annie Ernaux was awarded the 2022 Nobel Prize in Literature “for the courage and clinical acuity with which she uncovers the roots, estrangements and collective restraints of personal memory”.

Annie Ernaux (born 1940) is one of France's most important contemporary writers. She grew up in a working-class neighbourhood in the Normandy town of Yvetot, which significantly influenced her work. She graduated in contemporary literature from the Universities of Rouen and Bordeaux. She worked as a French teacher throughout her adult life after graduation. She taught in middle and high schools and later at the National Centre for Distance Education.

Ernaux made her debut in 1974 with the novel Les Armoires vides (“Cleaned Out”). She is the author of more than twenty books, including the micro novel La place (“A Man’s Place”). She has won many international literary awards, including the Prix Renaudot (for A Man’s Place) and the Prix Marguerite Yourcenar (for the entirety of her oeuvre).

Her autobiographical and generational memoir Les Années (“The Years”) received the University of Warwick Award, the Marguerite Duras Prize, the François Mauriac Prize, the Italian Premio Strega Europeo Award, and was shortlisted for the International Booker Prize. She is the first woman whose works were published during her lifetime in the Quarto series of the prestigious Éditions Gallimard publishing house. She also received an honorary doctorate from the University of Cergy-Pontoise.

Next: LIBER International Book Fair in Spain with the participation of the Book Institute Back to list