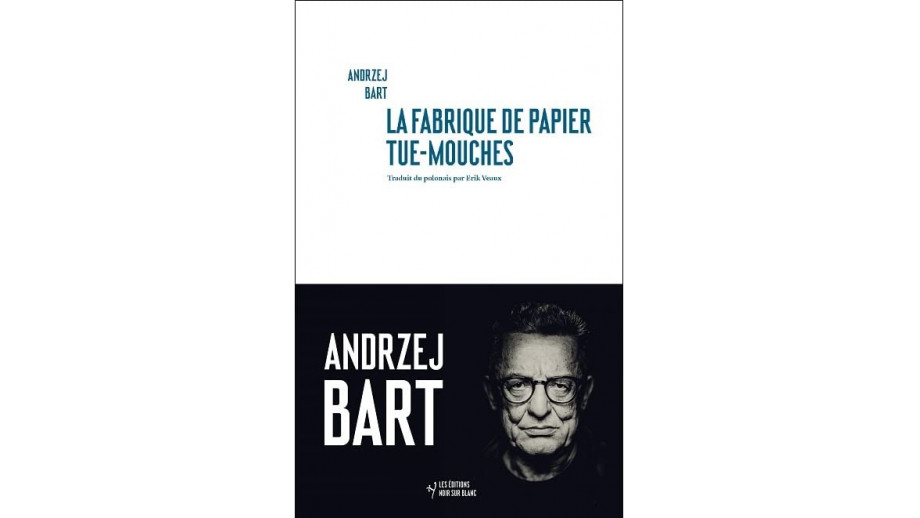 In France, a translation of Andrzej Bart's famous novel Fabryka muchołapek (“The Flytrap Factory”) has been published. The book was translated by Eric Veaux. The publication was supported by the Book Institute as part of the ©POLAND Translation Programme.

The book La Fabrique de papier tue-mouches, as reads the French title of The Flytrap Factory, has been published by Noir sur blanc publishing house in Paris.

Andrzej Bart's book is a record of a journey to a place where the past verges on the present, and historical figures and facts meet the creations of the artist's imagination.

A contemporary Polish writer receives a proposal: in return for an amount of money, he is to go to his hometown, Łódź, and take part in a lawsuit. Seemingly an ordinary job, but neither the commissioner of this proposal nor the defendant are ordinary: the former is the devil himself, the latter... Chaim Mordechaj Rumkowski, the chairman of the Judenrat in the Łódź Ghetto, his tragic ruler, called Chaim the Terrible or King Chaim the First. An excellent organiser, who, in order to save the Łódź jews from Oświęcim, turned the ghetto into an efficient enterprise working for the benefit of the Third Reich. Chaim's contemporaries, his associates, and victims were called to witness the trial.

What really pushed Rumkowski to act - was it care about the fate of the community or thirst for power? Isn't prolonging the hopes of some at the expense of the lives of others cruel madness? Wandering between the shadows of the past, the writer falls in love with the beautiful Dora and, whenever the opportunity arises, he takes her on a walk through the streets of contemporary Łódź.

With the support of the ©POLAND Translation Programme, in recent years, Erik Veaux has translated three novels by Wojciech Chmielarz into French: Podpalacz (“The Arsonist”), Farma lalek (“Doll’s Farm”), and Przejęcie (“Takeover”; all published by the Agullo Éditions publishing house, respectively in 2017, 2018, and 2019), Krystian Lupa’s Utopia (Actes Sud, 2016) as well as the book by Ludwik Flaszen Grotowski & company. Źródła i wariacje (“Grotowski & company. Sources and Variations”, L'Entretemps, 2015).