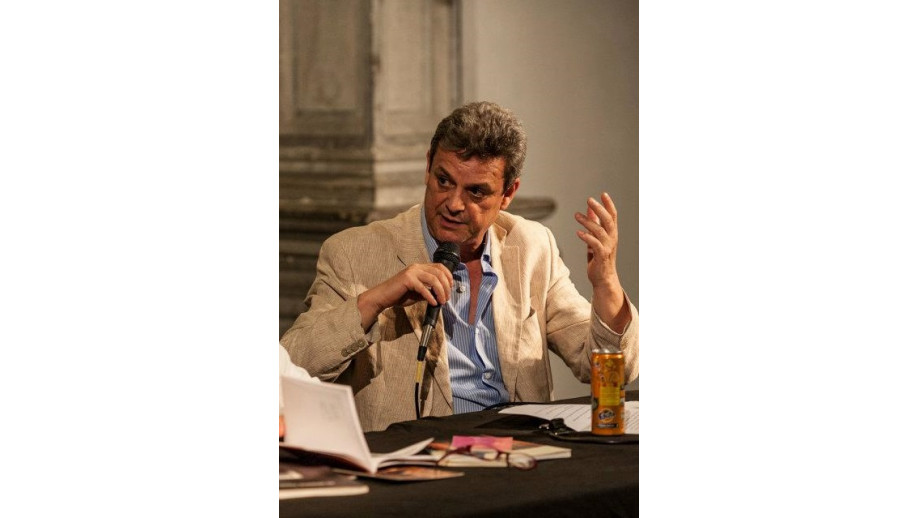 A Pole in an Italian suit. Commendation for Professor Silvano De Fanti

Polish literature, though still not popular enough in Italy, is fortunate to have excellent translators into the language of Dante. Honouring Silvano De Fanti's translations does not therefore stem from a simple obligation to recognise the populariser of Polish poetry and prose on the foreign market but is a sign of the unique position of this translator, who had and has many outstanding predecessors and competitors. It is indeed not easy to demonstrate uniqueness in this field. Nevertheless, the translations of Silvano De Fanti are considered outstanding by experts.

They are primarily distinguished by the ambition to tackle masterpieces, and this ambition is by no means that of a scholar of philology, which the awardee is as well, but rather, and I do not hesitate to say, that of a poet... A poet who thinks and feels in Polish in order to express these thoughts and feelings in Italian. I dare presume that it is no coincidence that the most outstanding translation achievements of the writer and the professor are masterpieces of Polish Romanticism, works of the epoch that still marks the horizon and the peak of cultural identity for us Poles. And, at the same time, - since the times of Jan Kochanowski's Italian peregrinations - it is our Romantic poets who again become enthralled with Italy, who will be imbued with its climate and its spirit. When contemporary Italians read the works translated by this great translator, they hear the rhythm of the Polish heart in the rhythm of the verses, which sound familiar to them because they resound with Tasso and Leopardi.

This is precisely what critics have called the Italian phrases and sentences of Pan Tadeusz - stylistically superb, natural, and, at the same time, intellectually clear. For this work, the translator received the prestigious LILEC Award, awarded in the narrow field of poetry translation, as well as the National Translation Award, the highest Italian award in the field.

The justification said that the translation of the poem reads extremely fluently, that its musicality was rendered with surprising precision and artistry; it was emphasised that its caesurae and cadences follow, in such a Mickiewicz-like style, the flow of thought, and the words combine rhythmically with one another in significant places, emphasising the imagery. Some even spoke of discovering not only a Polish masterpiece, but also unexpected depths of Italian poetry, freshness of language, renewed meanings of words.

You might say those Italians are as usual: too much, too loud, and with exaggeration. But did our Sarmatian ancestors, educated in Padua and Bologna, know how to curb their tongues? Fortunately not! Luckily, they too knew how to use rhetoric and poetry to pay homage to what they loved. And they loved words as passionately as... the Romantics. These coincidences and secret flows between eras are so remarkable that they cannot be accidental. They blend into a wonderful harmony of voices from the past and reports of the present. Let me confess that when I read the Italian reviews of Pan Tadeusz, I felt the personal satisfaction of a Pole and a poet. For if Silvano De Fanti inscribes his translation of Mickiewicz into the poetry of contemporary Italians, it means that in the end - in a match against Italy - we have at least drawn a tie.

That said, the magnum opus of today's laureate is only the peak, hitherto, I believe, of his achievements. He started with the publication of works taken off the top shelf again and extracted from the very depths of Polish literature - the poems of Cyprian Norwid and Stanisław Wyspiański's Wesele (“The Wedding”). It is hard to imagine a greater audacity from a debutant. Allow me, however, to call it by the right word - courage.

This Friulian must have been a bold man if, having no Polish roots and having learnt Polish at an adult age, he dared to pursue his own fascinations, undeterred by serious competitors and the stern looks of his professors. More achievements soon followed. These include translations of the prose of Ryszard Kapuściński, who has become a literary star in Italy. It is worth mentioning that the Italian translator of the Polish reporter also valued and published his poems. Silvan De Fanti's translations introduced Italian readers to such classics of Polish literature as Józef Wittlin's Sól ziemi (“Salt of the Earth”) and Bolesław Prus' short stories. I suspect, however, that the translator's heart is on the side of poetry. He undertook the translation of Wisława Szymborska's difficult poems and published Tadeusz Różewicz's poems twice. There were also selections of poems by Julia Hartwig or Jarosław Mikołajewski, and last year – Norwid again. The professor of Polish literature at the University of Udine also keeps his finger on the pulse of contemporary literature. He has published two volumes of prose by Olga Tokarczuk, even before her winning the Nobel Prize, a literary report by Joanna Olczak-Ronikier, and the famous novel Gnój (“Muck”) by Wojciech Kuczok.

I have personally had the opportunity to witness that Silvano translates with equal efficiency and promptness, regardless of prestige or honoraria; with the directness and modesty of a man of sophistication. When, more than twenty years ago, I drank Friulian wine with him - which I am sure is mentioned in some lost epigram by Master Jan - I had no doubt that I was interacting with a Pole in an Italian suit. Let us admit that this is a noble combination.