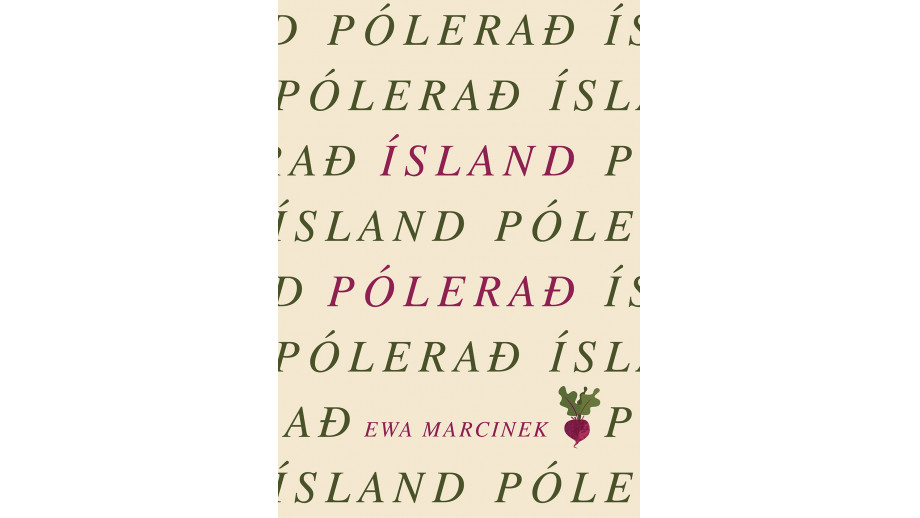 A collection of short stories by Ewa Marcinek in Icelandic

Iceland's leading publishing house Forlagið has published a book by Ewa Marcinek, a Polish author living in Reykjavik. A bittersweet collection of short stories, poems, and anecdotes about the life of foreigners on the Icelandic island arrived in bookshops last week. Polishing Iceland, a theatrical adaptation of the book directed by Pálína Jónsdóttir, will return to the Icelandic stage in the autumn and will also be presented for the first time in Poland, at the Shakespeare Theatre in Gdansk.

“This is my first book. It was inspired by my experiences of coming to Iceland, the stories and anecdotes, as well as the people I met," explains the author. “Ísland pólerað” is what I call creative non-fiction. It is an autobiographical book in which I experiment with poetry and play with details. This is my favourite style of writing.”

Ísland pólerað, literally translated as Polishing Iceland, is the story of a Polish woman who, shortly after divorcing her husband, is attacked by an unknown man. Heartbreak and trauma become the reason for her travel-escape to Iceland. However, the life she is trying to start anew in Reykjavik is filled with clashes with the customers of a small restaurant, linguistic mishaps, learning Icelandic, and attempts to understand a different reality. Ísland pólerað is a collection of short stories, poems, and anecdotes, snippets of everyday conversations, thoughts, memories, as well as the author's observations.

The title of the book, Polishing Iceland, is a play on the words ‘Polish’ and ‘to polish’, referring to the manual work that is often the first form of employment for foreigners moving to the island.

“I did not want to write a book about how difficult it is to be an immigrant in Iceland, but about how funny, strange, and often quite awkward it is to be human," explains Ewa Marcinek. Ísland pólerað is a story about human needs and hopes, about finding one's place in the world, and about searching friends and love.

Ewa Marcinek comes from Lower Silesia region in Poland. She studied culture studies and creative writing in Wrocław, but it was not until she moved to Iceland in 2013 that she began her writing career.

“I started writing “Ísland pólerað” during a literary workshop organised by the Reykjavik City Library and UNESCO City of Literature. My teacher was the Canadian poet Angela Rawlings who lives in Reykjavik. It was she who encouraged me to write in English and to play with the Icelandic language, which I had just started to learn.”

In 2015, together with a group of international female writers, Ewa founded the collective and publishing house Ós Pressan, aimed at immigrant authors like herself. Four years later, in 2019, Ewa met Pálína Jónsdóttir, an Icelandic theatre director. Together, the women started the Reykjavík Ensemble theatre. In March 2020, the group staged Polishing Iceland, a play based on the book. The play, which was recognised by the Icelandic daily “Morgunblaðið” as one of the best productions of the year, will return to the stage this autumn and will also be presented for the first time in Poland, at the Shakespeare Theatre in Gdansk during the international festival The Treasure Iceland.

Ewa Marcinek, who worked as a waitress in Reykjavik cafes and restaurants for six years, is now a manager and writer at the Reykjavík Ensemble theatre. In addition to Polishing Iceland, her literary work has been presented in the performances Opening Ceremony and I Shall Always Return. Liminality, a short film based on the author's poem, is now being produced. Ewa teaches creative writing in Iceland (Reykjavik City Library, LungA School) and in Poland (St Jadwiga Foundation, DraBiNa project). In 2021, the author was a columnist for Iceland's oldest literary magazine “Tímarit Máls og menningar” and in 2022, she received ‘Listamannalaun’ - a scholarship from the Ministry of Education, Science and Culture of Iceland in the field of literature.

“I am very grateful to Forlagið publishing house and the editor Sigþrúður Gunnarsdóttir for such a warm welcome," says Ewa.

The original version of the book in English with sections in Polish and Icelandic will be published by Ós Pressan in the summer. Excerpts from Ísland pólerað and permission to translate the book were also requested by the Review of Small Literatures festival in Croatia, which plans to publish an anthology of contemporary Icelandic prose.

Iceland is one of the most literary countries, with more writers and more books published and read per capita than anywhere else in the world. Polish authors also live on the island. Among the Poles writing in Icelandic are Mao Alheimsdóttir and Jakub Stachowiak (Næturborgir), both of whom received an award from the Centre for Icelandic Literature last year. Books in Polish are written by travellers Berenika Lenard and Piotr Mikołajczak (Szepty kamieni. Historie z opuszczonej Islandii [”Whispers of Stones. Stories from Abandoned Iceland”] and NOrWAY. Półdzienniki z emigracji [”NOrWAY. Semi-journals from Emigration”]) as well as novelist Katie Davids (Ocaleni [“Survivors”], Po właściwej stronie [“On the Right Side”]).

Next: Zgłoszenia do XXI edycji Nagród im. Norwida Back to list