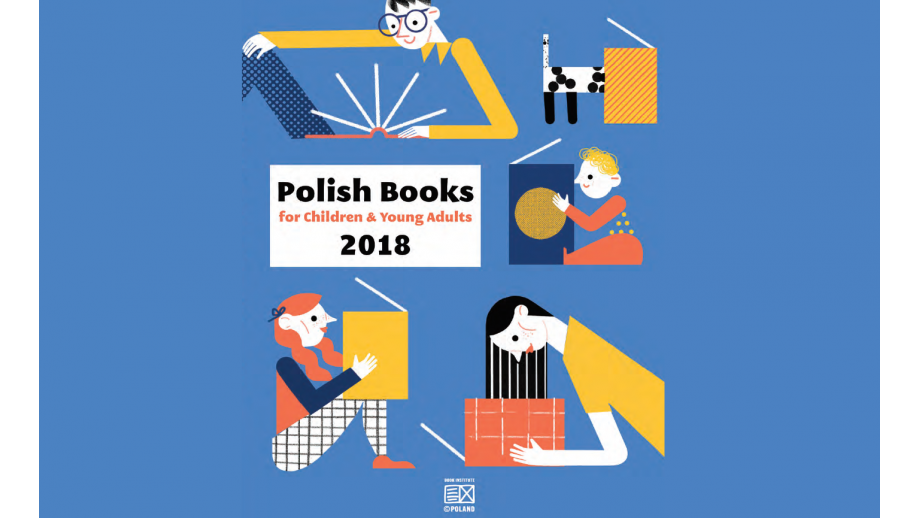 This Friday and Saturday, the 7th edition of the seminar for foreign publishers will take place in Cracow. During the seminar, the Polish Book Institute presents foreign editors and literary agents with the most interesting phenomena of the Polish publishing market. For the second time, the seminar will be devoted to children’s and youth literature.

The seminar will begin on Friday with a short presentation of the Institute, after which the guests will participate in several lectures on the market of children’s and teenagers’ books in Poland (Renek Madruń from Nielsen Book Research and Marta Lipczyńska-Gil from "Ryms"), as well as the flowering of Polish illustrated books (Maria Deskur from "Egmont"). Primarly though, the seminar is a great opportunity for publishers from Poland and abroad to forge commercial links, and it is B2B meetings that constitute a rather important part of this event. The two-day event will be crowned with a meeting between foreign publishers and Polish illustrators, and an exhibition of children’s illustrations in Bunkier Sztuki.

What is there that is interesting for foreign publishers in Polish children’s and youth literature? Katarzyna Kolasińska from the publishing house Media Rodzina puts the works of Iwona Chmielewska into the spotlight, emphasising their originality on a global scale. On the other hand, Patrycja Młynarek from Święty Wojciech accentuates the return to the golden years of Polish graphics: Our authors and graphic designers have the ability to talk about important issues in a way that is easy and attractive to young readers.

The role of Polish graphics in successes abroad, established by the triumphs of Mapy (The Maps) by Aleksandra and Daniel Mizielińscy, is highlighted by Dawid Skarbek from Warstwy publishing house: Polish art of illustration deserves a special distinction; for decades, it has been shaped into its idiosyncratic, manifold, and diverse style – despite its diversity, it is highly recognisable and distinctive.

On the other hand, Skrabek also points at the contribution of eminent writers

Apart from the illustrations, the texts are obviously important. Just as prominent artists became interested in children's illustrations, famous and well-known writers willingly wrote for children. Intertwining these two worlds has made it possible to create something exceptionally unique.

How do native publishers see the role of the Polish Book Institute in the promotion of Polish children's and youth literature? Magda Kłos-Podsiadło from ‘Wytwórnia’ notices that one must ‘treat it as seriously as books for adult readers’.

The Translator Programme Poland works perfectly. It is also important to have the opportunity to participate in international fairs at the Institute's stand, it constitutes a great help for smaller publishers. The Polish Book Institute can support us, the publishers of children's literature, issuing yearly a catalogue of selected publications, which would be available at international fairs - adds Kłos-Podsiadło.

The premiere of this catalogue, entitled Polish Books for Children & Young Adults (it can be downloaded from here) will take place during the seminar in Cracow. The aforementioned catalogue presents the most interesting trends in Polish children’s literature. It was commissioned by the Institute and prepared by a group of experts.

The initiatives like the seminar in Cracow are, according to Maria Deskur from ‘Egmont’, ‘excellent’ because, unlike huge international fairs (such as those in Bologna), they create an opportunity to establish contacts with publishers from abroad.

How do publishers see the role of the Institute? Dawid Skarbek, just like Maria Kłos-Podsiadło, mentions translations, but he also adds that it is worth “to start publishing the classics of Polish children’s literature abroad.”

The market of youth literature is more difficult in this regard. Katarzyna Sienkiewicz-Kosik from ‘Powergraph’ publishing house acknowledges this fact: A foreign publisher may have concerns as to whether Polish reality will be too exotic for a non-Polish reader. No, it will not. To tell the truth, it does not differ greatly from the Western one. One can only imagine what the position of Polish youth novels would look like if foreign publishers had trust in Polish youth literature just like they had in our picture books.

The key to success?