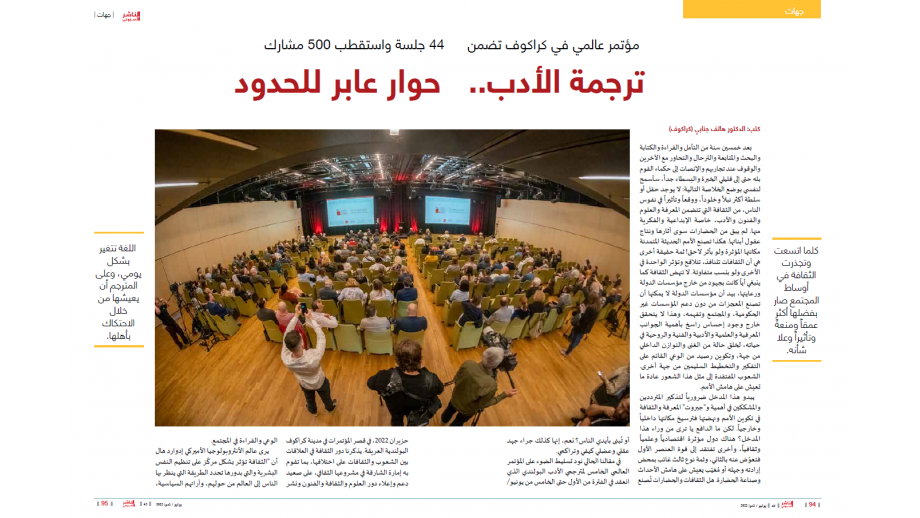 The article by Janabi, dedicated to the 5th World Congress of Polish Literature Translators held in Krakow from 2-4 June 2022, appeared in the July issue of the journal. In the article, the author discusses the role of the Book Institute in promoting Polish literature abroad, the programme of the Congress, and the profiles of the authors who took part in it; it also reflects on such issues as the role of translation in cultural communication, communication between translators, the condition of Polish poetry today, new linguistic phenomena in the Polish language, funding, scholarships, and accommodation for translators or the challenges to be faced by the Book Institute.

"An-Nashir Al-Osbui" is a monthly magazine published in the United Arab Emirates. Its motto is “A cultural bridge between Sharjah and the world.”

Next: 105 lat temu urodził się Leo Lipski Back to list