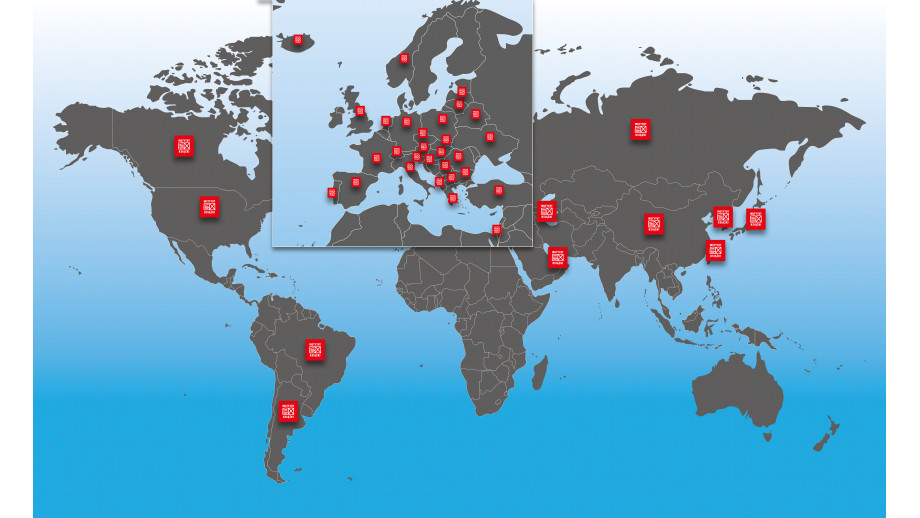 Yesterday, we decided upon the second tranche of proposals by publishers for the ©POLAND Translation Programme in 2018. In the near future, the Book Institute will support 167 translations into foreign languages. Most of them, as many as six, are books by the duo Piotr Socha and Wojciech Grajkowski. Foreign readers will also be acquainted with five novels by Olga Tokarczuk; there will also be translations of youth literature, classics, essays, as well as biographies, and so, Polish literature will be present all over the world: from Albania to the United Arab Emirates.

The majority of translations of Polish books - as many as sixteen - will be published in Ukraine. Numerous translations will also be published in Spain (twelve), the Czech Republic (eight), Slovakia (seven), as well as in China, Romania, and Serbia (six each). Also, there will be translations published in the most important world markets, such as Germany, France, Great Britain, and the United States.

Which works of the latest Polish literature will be available to foreign readers? For starters, Olga Tokarczuk's Bieguni (“Flights”) - this novel will be published in Spanish, Catalan, and Portuguese, but that’s not all, because Prowadź swój pług przez kości umarłych (“Drive Your Plow Over the Bones of the Dead”) will come out in Brazil, and Księgi Jakubowe  (The Books of Jacob”) will be premiered in the Netherlands. The translation of Wieloryby i ćmy (“Whales and Moths”) by Szczepan Twardoch will be published in Germany, Saturn by Jacek Dehnel in Serbia, Fynf und cfancyś (“Funth unt zvanzeeg”) by Michał Witkowski in Great Britain, Jacek Dukaj's magnum opus Lód (“Ice”) in the Czech Republic, and Bronisław Wildstein's novel Czas niedokonany (“Imperfect(ive) Time”) will appear in Romania, Hungary, and the United States.

In addition to the works of contemporary authors, many translations of the classics will also be published – both newer and older. Stefan Żeromski's Przedwiośnie (“The Coming Spring”) will be published in Macedonia. In Azerbaijan and Ukraine, Bolesław Prus's works will be published (short stories and the first volume of Lalka [“The Doll”], respectively), Adam Mickiewicz’s Pan Tadeusz will appear in China, and Romanian readers will have the opportunity to get acquainted with Zygmunt Krasiński’s Irydion (“Iridion”).

Among the classics of contemporary Polish literature, the most noteworthy are translations of Czesław Miłosz's works into Chinese (Ziemia Ulro [“The Land of Ulro”]), Croatian (Wiersze wybrane [“Selected Poems”]), and Macedonian (Zniewolony umysł [“The Captive Mind”]). Miłosz. Biografia (“Miłosz. A Biography”) by Andrzej Franaszek will also be published in China. Zbigniew Herbert's poetry will be presented to Bulgarian and Slovenian readers, Wisława Szymborska's collection of poems will be published in Portugal, while Witold Gombrowicz's Kronos and Bakakakaj (“Bacacay”) will be published in Argentina and Macedonia, respectively.

As always, Polish literature for children and young people is very popular. As many as six translations of Drzewa (“The Book of Trees”) by Piotr Socha and Wojciech Grajkowski will be published (into Bulgarian, Estonian, Greek, Icelandic, Serbian, and Slovenian). In Ukraine, two novels by Rafał Kosik from the series Feliks, Net i Nika (“Felix, Net and Nika”) will be published. The popular duo Mizieliński will be present in Greece (Mapy [“Maps”]), Spain (Tu jesteśmy [“Here We Are”]), and Germany (M.U.Z.Y.K.A. [“M.U.S.I.C.”]), while Humory Hipolita Kabla (“The Moods of Hipolit Cable”) by Roksana Jędrzejewska-Wróbel and Grażyna Rigall will be introduced to the readers in the United Arab Emirates and in Ukraine.

There will also be something for lovers of reportage: a recently screened Jeszcze jeden dzień życia (“Another Day of Life”) by Ryszard Kapuściński will appear in Slovakia, two pieces of reportage by Wojciech Tochman will be published in Brazil (Jakbyś kamień jadła [“Like Eating a Stone”] and Dzisiaj narysujemy śmierć [Today We Will Draw Death”]), the book by Magdalena Grzebałkowska 1945. Wojna i pokój („1945. War and Peace”) will have its premiere in the United States, Mariusz Szczygieł’s Zrób sobie raj (“Make Your Own Paradise”) will be published in Macedonia, Jacek Hugo-Bader’s Biała gorączka („White Fever”) in Bulgaria, Bukareszt („Bucharest”) by Małgorzata Rejmer in Spain, and Tańczące niedźwiedzie (“Dancing Bears”) by Witold Szabłowski in Bulgaria.

There will also be published translations of works promoted by the Institute in its last year's catalogues: Martyna Bunda's Nieczułość (“Indifference”) will come out in Czech, the biography Lem. Życie nie z tej ziemi (“Lem. Life Ouf of this World”) by Wojciech Orliński will be published in Argentina, Sendlerowa. W ukryciu (“Sendler in Hiding”) will be translated into Hebrew, Komeda. Osobiste życie jazzu (“Komeda. The Personal Life of Jazz”) will come out in Great Britain, and Rotmistrz Pilecki (“Captain Pilecki”) by Adam Cyra, will be published in Norwegian.