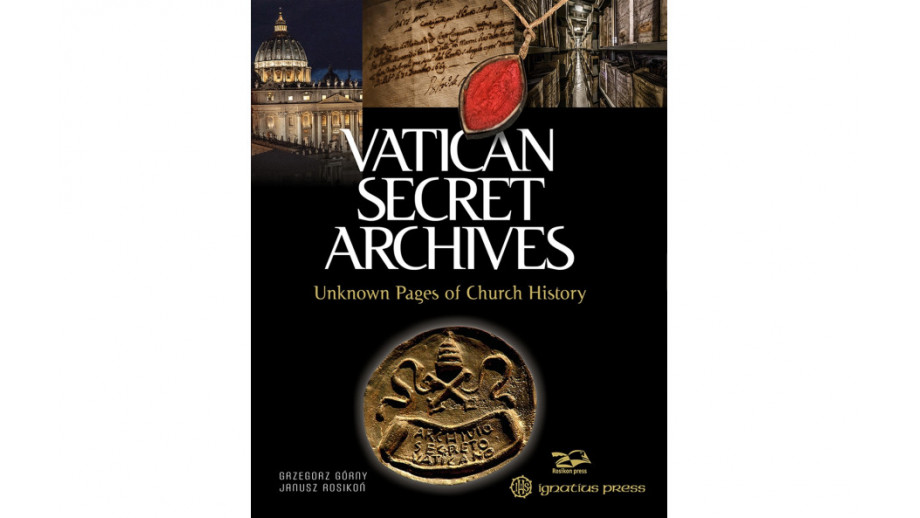 What is worth noting, however, is not only the fact that the "Secret Vatican Archive" was published simultaneously in Poland, the United States, and Slovenia, but also the stature of foreign publishers – the American Ignatius Press in San Francisco is one of the most important Catholic publishing houses in the USA, while Založba Družina from the capital city is the third largest publishing house in Slovenia and, at the same time, the largest Catholic publisher there.

It is also worth mentioning that Pope Francis decided last year to make available the documents on the papacy of Pope Pius XII, which fell between 1939 and 1958. "The Church is not afraid of history and approaches the judgments of researchers with the certainty that the nature of its actions is understood," said Vatican archivist Cardinal Jose Tolentino de Mendonca before opening the secret archive on Pius XII. The documents were made available on Monday 2 March. Mendonca said that the opening of the archives was the result of "a long, delicate and complex process that took years". “The dramatic question of the Shoah and therefore of the Jews immediately appears” in the documents contained there.

The book by Grzegorz Górny and Janusz Rosikoń tells the tumultuous story of one of the most guarded institutions in the world - the Vatican Secret Archive. The reporter and the photographer get to the unique documents stored there. They bring us closer to a rare inside view of the most controversial events in the history of the Church, such as the trial of the Knights Templar, the Crusades, the activities of the Inquisition, the trial of Galileo, or the attitude of Pius XII towards the Holocaust.

In addition to queries in archives, Górny and Rosikoń travel to several countries, reaching places described in documents and meeting with many historians. The result of their several years of work is a brilliantly written book, illustrated with many unique photographs. Obligatory reading for those who are passionate about the mysteries of history.

”A beautiful book about important moments in the history of the Church, which were described by Grzegorz Górny on the basis of Vatican archives and masterfully illustrated by Janusz Rosikoń. Spiritual and aesthetic feast, “ - says eminent historian Wojciech Roszkowski about the book.