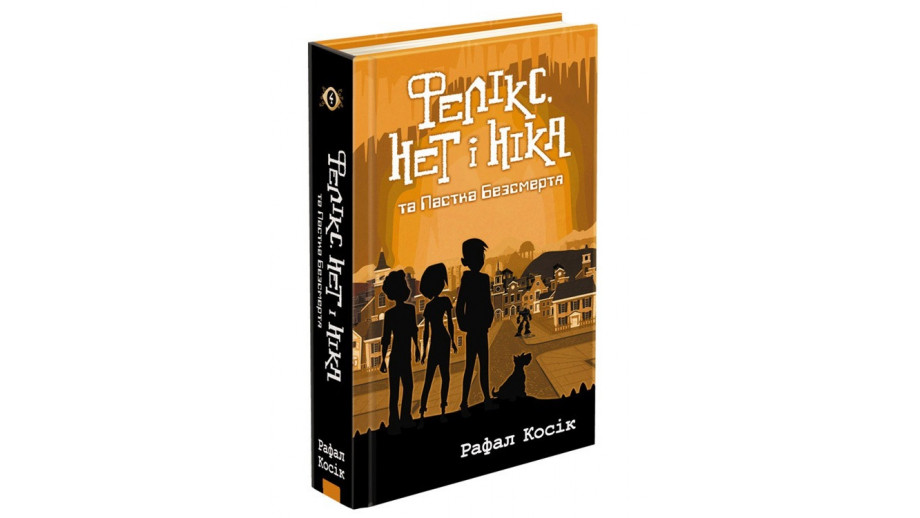 “Felix, Net i Nika oraz pułapka nieśmiertelności” in Ukranian with the support of the Book Institute

In Ukraine, the translation of Rafał Kosik’s novel Felix, Net i Nika oraz pułapka nieśmiertelności (“Felix, Net & Nika and the Trap of the Immortality”) has recently been published. The book was translated by Iryna and Olena Shevchenko. The publication was supported by the Book Institute as part of the ©POLAND Translation Programme.

The book Фелікс, Нет і Ніка та Пастка Безсмертя, as reads the title of the Ukranian translation, has been published by the Assa publishing house in Kharkiv.

In the fourth part of the series Felix, Net and Nika, the three Warsaw junior high school students return to face the task they have to undertake against their will. During a school Halloween party, a mysterious Grim Reaper appears and begins a dangerous game with Felix, Net, and Nika, assigning them successive tasks. Even though friends try to ignore them, the chain of events will directly affect their families, and they will have to take up the challenge.

They will engage in the search for the creature hailed as the Basilisk, prowling under the ground of Warsaw, they will visit an abandoned house of a certain constructor, and they will look for the legendary treasure. Other challenges will be waiting for friends at school, where they will take part in a competition together with their class.

In this part of the book, the protagonists will also have to deal with family problems: Felix with grandma Lusia's disease, Net with waiting for her brother or sister to be born, and Nika, once again, with hiding her secret from the world.