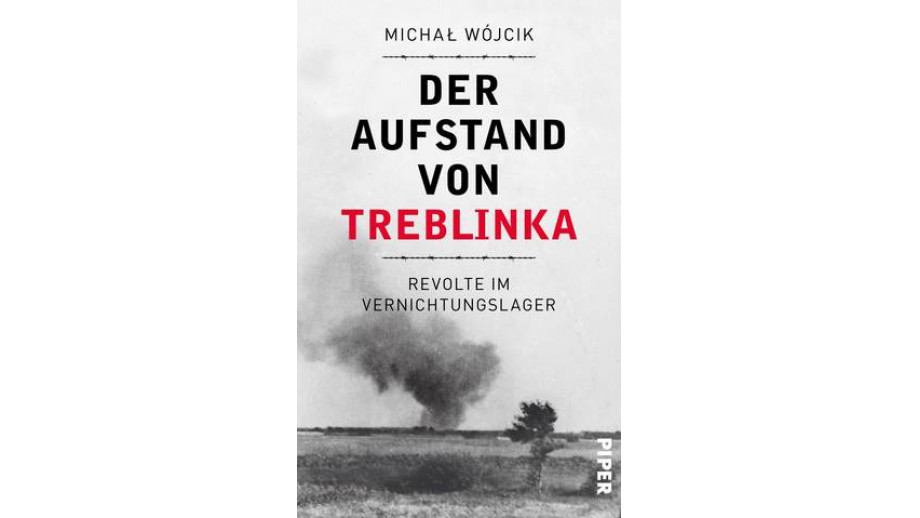 “Treblinka ’43. Bunt w fabryce śmierci” by Michał Wójcik with the support of the Book Institute

In Germany, a translation of Michał Wójcik’s book Treblinka ’43. Bunt w fabryce śmierci (“Treblinka 43: Revolt in a Factory of Death”) was published at the beginning of August. The book was translated by Paulina Schulz-Gruner. The publication was supported by the Book Institute as part of the ©POLAND Translation Programme.

The book Der Aufstand von Treblinka, as reads the title of the German translation, was recently published by Piper Verlag publishing house in Munich.

Treblinka was not built to be survived.  The most efficient death factory in the Holocaust machine killed so many people that there was not enough land to bury everyone. Giant grates for burning bodies quickly proved to be too small. The Treblinka soil was bleeding. And yet, devastated and stripped of their dignity, the people dared to rebel. On August 2, 1943, they launched an armed and successful uprising in the death camp.

What did the conspiracy look like if the slightest misconduct was threatened with death at Treblinka? How did the prisoners manage to take over the weapons, attack the guards, and escape? Did the Home Army help the insurgents and why are their reports full of contradictions? Could the fugitives count on the help of Poles?

Michał Wójcik's book is an engaging reconstruction of this little known and unbelievable rebellion. A story about extraordinary heroism, faith, hope, and the fact that even in the greatest hell, a miracle can happen.

With the support of the ©POLAND Translation Programme, the translator of the book, Paulina Schulz-Gruner, has translated, among others, five novels by Marek Krajewski as well as books by Katarzyna Bonda, Brygida Helbig, Nadia Szegdaj, and Magdalena Parys.

Next: Księgarnia Artystyczna Bookoff ulubioną księgarnią Warszawy Back to list