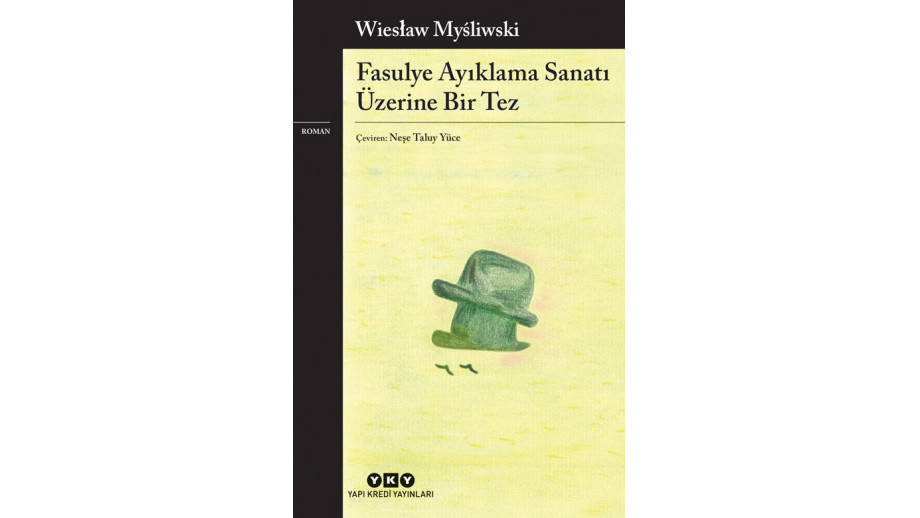 A translation of Wiesław Myśliewski’s Traktat o łuskaniu fasoli (“A Treatise on Shelling Beans”) has been recently published in Turkey. The book was translated by Neşe Taluy Yüce. The publication was supported by the Book Institute as part of the @POLAND Translation Programme.

The novel Fasulye Ayıklama Sanatı Üzerine Bir Tez, as reads the Turkish title of A Treatise, has been published by one of the largest Turkish publishing houses, Yapı Kredi Yayınları in Istanbul.

The narrator of A Treatise, in a monologue to a mysterious stranger, evaluates their entire life. To what extent they themselves influenced their fate, and how much they were shaped by traumatic childhood experiences and the twists and turns of Polish history. Myśliwski's novel is a unique meditation on the role of fate and chance in human life. A Treatise on Shelling Beans was awarded with the 2007 Nike Literary Award and the 2007 Gdynia Literary Award.

Another translation by Neşe Taluy Yüce was recently published with the support of the ©POLAND Translation Programme. The Turkish translator has also translated Witold Gombrowicz's Kronos (read more here).

Next: Zgłoszenia do Literackiej Nagrody Europy Środkowej Angelus 2021 Back to list