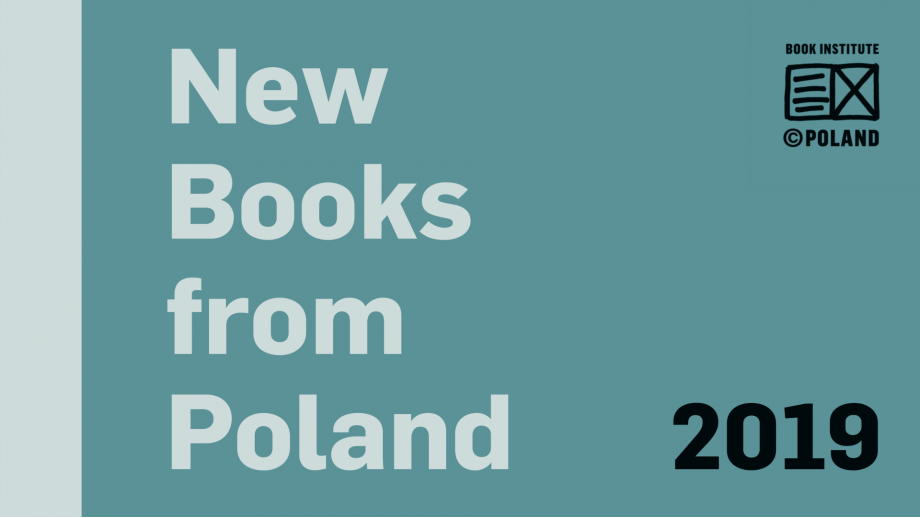 Every year the Polish Book Institute prepares the New Books from Poland catalogue for publishers and translators around the world, presenting the best books from recent years, as well as the most interesting phenomena in contemporary Polish literature, and timeless classics. The premiere of the catalogue is in line with the industry calendar, as it coincides with the International Book Fair in Frankfurt, the most important event in the publishing industry in the world.

It is in Frankfurt where publishers from all over the world look for literary revelations, new authors and items for their catalogues. In the period before and after Frankfurter Buchmesse, most contracts for book publishing rights are signed.

The interest of foreign publishers in the books that we presented in last year's Books from Poland catalogue is very welcome. So far, books by Marek A. Cichocki, Martyna Bundy, Anna Kamińska, Jakub Małecki and the comic book Bradl have been or will be published in the near future. What have we prepared for them this time? First of all, the most important releases from the last two years in prose, poetry, genre literature and non-fiction.

Apart from the names of well-known and respected authors, such as Jarosław Marek Rymkiewicz, Marek Bieńczyk or Jacek Dukaj, this year's Books From Poland catalogue will feature many young and promising artists, including Agnieszka Świętek with her moving comic book Obiecanki, Olga Drenda and Krzysztof Tyszka-Drozdowski with his well-received essays (respectively: Wyroby and Żuawi nicości), Małgorzata Rejmer with her excellent journalistic book Błoto słodsze niż miód. Głosy komunistycznej Albanii or Weronika Murek with a collection of dramas Feinweinblein. A special case are the prose debuts of authors who have so far gained recognition in the world of poetry and science respectively: this year has brought us a micro sanatorium novel entitled Zdrój by the renowned poet Barbara Klicka, as well as a mature prose debut by Włodzimierz Bolecki, a prominent literary scholar (Chack a twist on the picaresque novel). The traditional novel is represented by the controversial Kult by Łukasz Orbitowski, which deals with the religious "miracle" in communist Poland, and the renaissance of short forms observed for several years now brought about a famous collection of short stories Olanda by Rafał Wojasiński.

The New Books From Poland catalogue also shows the latest trends in Polish literature: after last year's abundance of wonderful biographies, this time we paid most attention to the essay, because this genre is one of the most interesting and best developing in our literature. Apart from the books mentioned above by Bieńczyk, Rymkiewicz, Dukaj, Drenda and Tyszka-Drozdowski, we also present an important publication by Andrzej Szczerski devoted to art in the era of transformation (Transformacja. Sztuka w Europie Środkowo-Wschodniej po 1989 roku), as well as erudite works by sociologist Michał Łuczewski (Kapital moralny. Polityki historyczne w późnej nowoczesności) and historian Wojciech Roszkowski (Roztrzaskane lustro. Upadek cywilizacji zachodniej).

The catalogue will also feature comic books - this genre has been presented since last year - poetry and classic books of the 20th century. This time in the latter section we present the works of Jerzy Liebert, one of the most eminent Polish metaphysical poets, and Karol Wojtyła's early writings, among which there are a number of unpublished texts. In the poetry section we present, in turn, the authors of the middle generation: Adrian Sinkowski and Szymon Babuchowski - the last collection of the recently deceased Leszek Elektorowicz, a peculiar testament to metaphysical poetry. For the first time, however, we have included the categories of album and film scripts in the catalogue, thus honouring two esteemed artists: Stanisław Szukalski and Janusz Majewski.

The album devoted to Szukalski, who was introduced to the wider public this year by Netflix with a documentary co-produced by Leonardo DiCaprio, is a work of art in itself, and Majewski is one of the most outstanding Polish filmmakers in the world. The catalogue could not lack popular literature either. We decided to include Wojciech Chmielarz's Żmijowisko, which will serve as the basis for the series produced by Canal +, and Wojciech Zembaty's excellent alternative history novel entitled Głodne słońce, set in a world in which the Spanish did not manage to conquer America.

Our catalogue is first of all an introductory presentation, which in a short form will bring the publishers closer to potentially interesting titles. It is a review showing the widest possible spectrum of Polish literary output. We have asked for recommendations from eminent experts: university professors, critics and journalists. Also, their texts, which are necessarily condensed but at the same time essential, can be found under each title.

Catalogue can be found here. You can also scan the QR codes to get more information.

Next: “Books from Poland” – we have launched a new service! Back to list