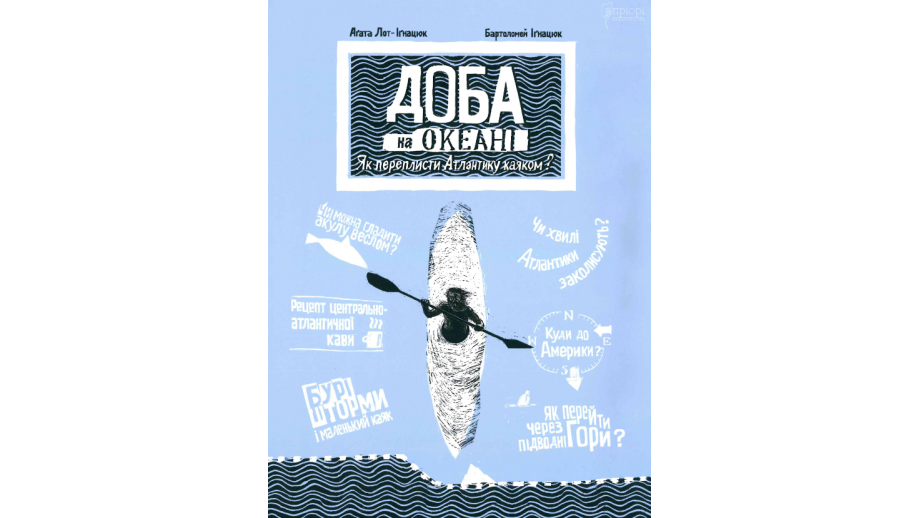 The book Doba na oceanie. Jak przepłynąć Atlantyk kajakiem? (”Doba on the Ocean. How to Cross the Atlantic Ocean by Kayak?”) by Agata Loth-Ignaciuk and Bartłomiej Ignaciuk has recently been published in Ukraine. The publication of the book translated by Oleksandr Herasym was supported by the Book Institute as part of the ©Poland Translation Programme.

The publication has been issued by the Apriori publishing house in Lviv.

The publication was created in cooperation with Aleksander Doba and is the first book about his kayak expeditions for children.

Another book by Agata Loth-Ignaciuk and Bartłomiej Ignaciuk was awarded the prestigious Bologna Ragazzi Award in the non-fiction category last year.

In 2017, the Book Institute also supported another translation by Oleksandr Herasym - Na nieludzkiej ziemi ("The Inhuman Land") by Józef Czapski - as part of the ©Poland Translation Programme.