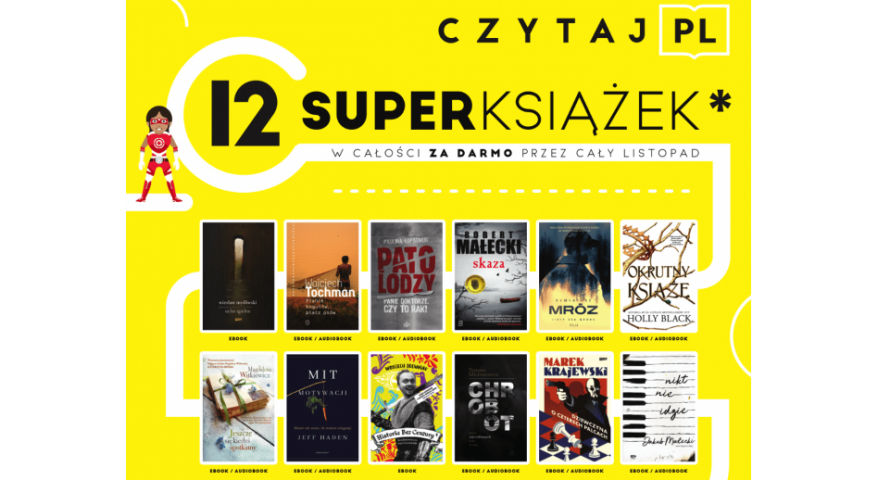 Over 130 thousand books – that’s the number of books downloaded by the participants of the Czytaj PL (Read PL) campaign, at the same time breaking the record of the previous edition by almost 50%. Poles read from Iceland to Antarctica - posters with QR codes could be found on 4 continents, in 14 countries, nearly 1000 towns and cities in Poland, and 28 places abroad. As many as 50 thousand people downloaded the application to borrow bestsellers for free. The most popular book turned out to be Skaza (“Flaw”) by Robert Małecki, followed by Listy zza grobu (“Letters from Beyond the Grace”) by Remigiusz Mróz. These books were joined on the podium by Jeff Haden's The Motivation Myth. This year's Read PL proves that Poles love reading, and the campaign, organised over the past five years, makes a lot of sense and has a real impact on the level of readership in our country. The strategic partner of the campaign was the Book Institute.