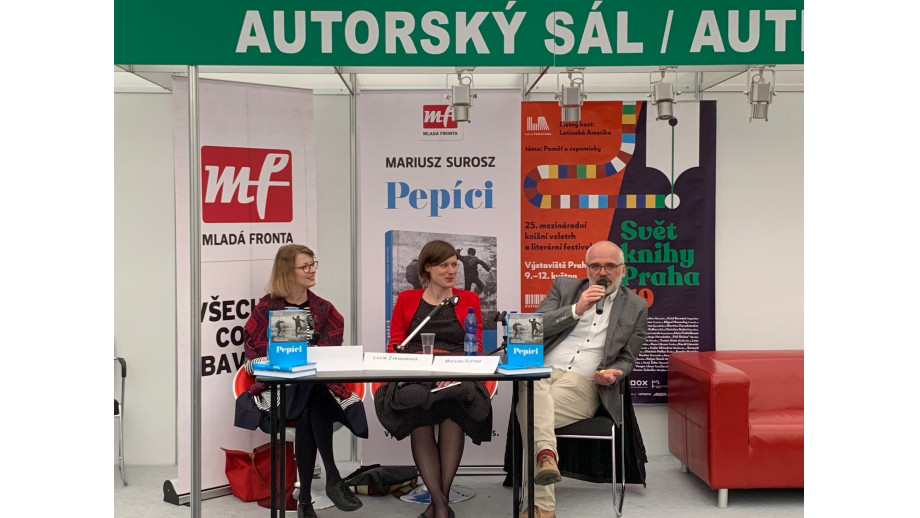 On Saturday, during the 25th International Book Fair in Prague, meetings were held with Mariusz Surosz, the author of Pepiki (“Pepici”), which were very well received in the Czech Republic, and Bronisław Wildstein, whose Czas niedokonany (“Imperfect(ive) Time”) appeared last year in the translation of Lucie Szymanowska into Czech.

Both meetings aroused a lot of interest. Surosz's Pepici has recently received a second, corrected and supplemented edition in Czech.

Bronisław Wildstein took part in a discussion with the writer David Zabransky, the author of the book Za Alpami ("Behind the Alps"), which was widely discussed in the Czech Republic. The work of both authors is controversial in their countries of origin; hence the meeting can be described as a discussion of two unruly writers.

Below, we present a handful of photos from both meetings, as well as from the Polish stand and Latin American stand, the guest of honour of this year's edition of the event:

Next: The first days of The Child and the Book Conference [report and pictures] Back to list