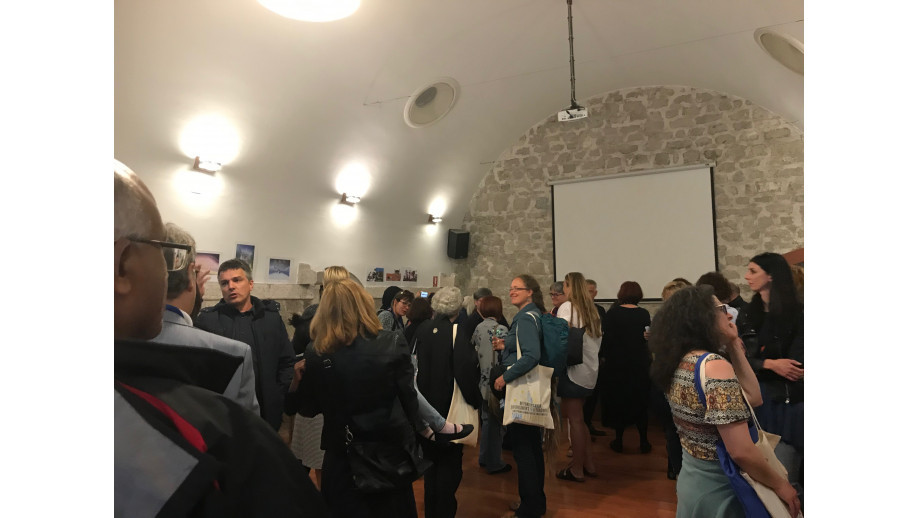 See Archive
Tags: The Child and the Book Conference
share

On Wednesday, in Zadar, Croatia, one of the largest and most important scientific conferences on children's and youth books as well as the promotion of reading among the youngest started. The event is attended by representatives of several dozen countries, who together discuss the role of the literary canon in shaping the young audience and their involvement in cultural life.

The official inauguration of the conference began with a lecture by Marina Balina from the University of Illinois, who highlighted the different levels of perception of the literary canon for children, with a special focus on (re)writing national identity in the countries of the former socialist bloc.

The opening day of the conference was also graced by an artistic section: the opening of an exhibition of illustration for children of two well-known picturebook makers from Zadar, a contemporary stage interpretation of William Shakespeare's Hamlet and an extraordinary concert of traditional Croatian music.

The second day of the conference was full of Polish touches. Among the speakers, there were the following:

Michał Zając from the University of Warsaw, who, in his presentation, presented illustrations from various editions of W pustyni i w puszczy (“In the Desert and Wilderness") by Henryk Sienkiewicz in the context of research on colonialism and postcolonialism, and Elżbieta Jamróz-Stolarska from the University of Wrocław, who traced the 70-year history of the editions of The Little Prince, focusing primarily on the diversity of graphic designs of the text made by Polish illustrators. Ewa Nicewicz-Staszowska from the Cardinal Stefan Wyszyński University in Warsaw talked about Italian translations of children's literature in Poland after 2000.

Lectures on books from non-European cultures were also extremely interesting.  Fawzia Giliani-Willams talked about western influences on the development of Islamic children's literature, paying special attention to the fairy tale of Cinderella, which in this cultural circle from the English Cinderella evolved into Muslimella. The same speaker, during her next presentation, together with Sarah Willard spoke about research conducted in the United Arab Emirates and Thailand which proved that children's books, and in particular their illustrations, have a very significant impact on children's perception of their own identity and the world.

One of the most important thematic blocks during the second day of the conference was a panel devoted to trends in the creation of picturebooks and mobile books in various Iberian countries.

On Thursday, the representatives of the Book Institute told the Zadar audience about the campaign promoting reading "Small Book - Great Man", creating the anthology Pierwsze wiersze dla (“First Poems for”), as well as about promoting reading among the youngest by drawing on the canon of children's literature.

Next: Poland to be a guest of honour at the 26th International Book Fair and the “Svět knihy” Literary Festival in Prague Back to list