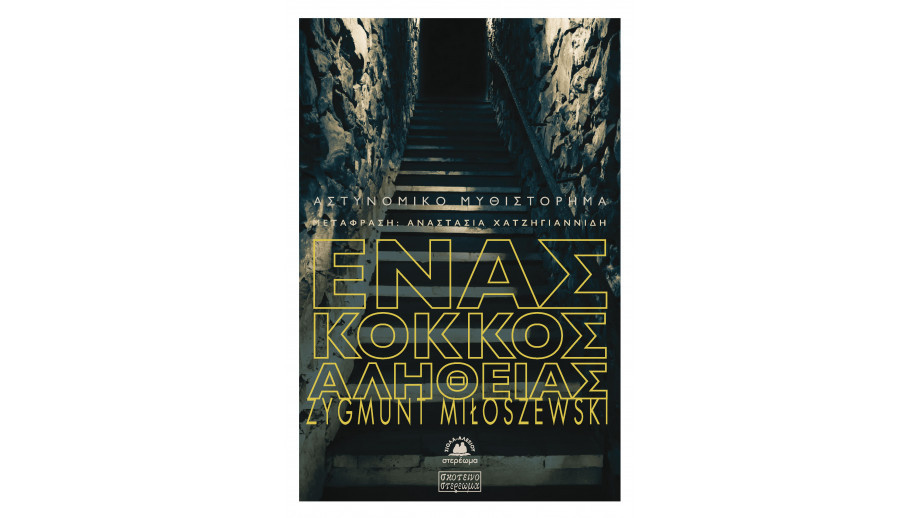 In Greece, the translation of Ziarno prawdy (“A Grain of Truth”) was published. The book was translated by Anastasia Chatzigiannidi. The publication of Zygmunt Miłoszewski's novel was supported by the Book Institute as part of the ©POLAND Translation Programme.

The novel Ένας κόκκος αλήθειας, as reads the Greek title of A Grain of Truth, has recently been published by the Antologist publishing house in Skopje.

A Grain of Truth is the second part of a best-selling trilogy with prosecutor Teodor Szacki in the lead role. In the spring of 2009, the disappointed prosecutor says goodbye to Warsaw and moves to Sandomierz. An investigation falls upon him there, over a bizarre murder of a valued social activist. Szacki must face a wall of silence and a media frenzy, as well as a story from more than sixty years ago.

In recent years, the Book Institute has also supported the translation of Zygmunt Miłoszewski's books into other languages, including A Grain of Truth into Spanish, Hebrew, Russian, Czech, Ukrainian, and Belarusian, Uwikłanie (“Entanglement”) into Czech, Spanish, French, Macedonian, Ukrainian, and Turkish, as well as Bezcenny (“Priceless”) into Czech and Gniew (“Rage”) into Spanish.