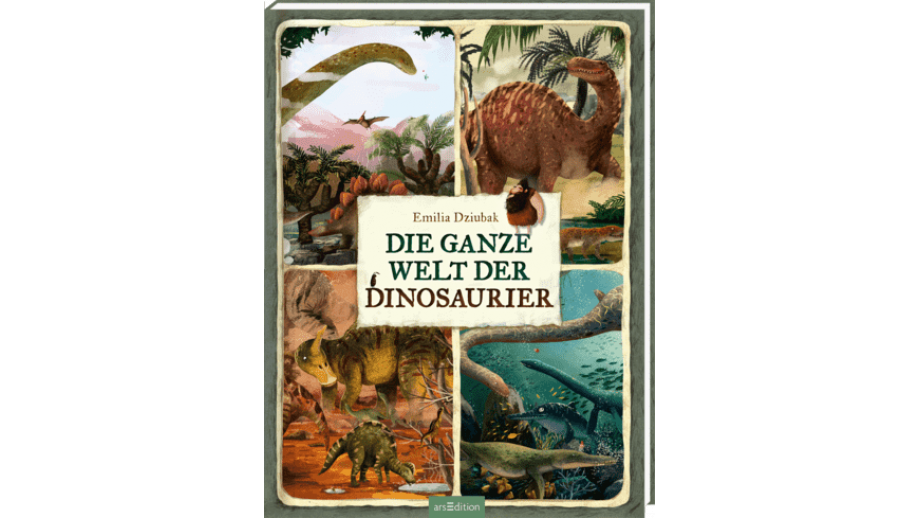 A translation of Opowiem ci, mamo, co robią dinozaury (“Mum, Let Me Tell You What Dinosaurs Do”) has been published in Germany. The book was translated by Thomas Weiler. The publication of Emilia Dziubak's book was supported by the Book Institute as part of the ©POLAND Translation Programme.

The book Mum, Let Me Tell You What Dinosaurs Do was published in January by Ars Edition publishing house in Munich.

Fluffy and Cockroach embark on a journey... through time. They get to the land of dinosaurs and get to know these extraordinary animals: a giant Riojasaurus, a Trematosaurus, who lost an egg, a herbivorous Diplodocus, a water-dwelling Plesiosaurs, a Tyrannosaurus Rex arguing with an Ankylosaurus, flying Archaeopteryxes and many, many more. Education, humour, interactive tasks, and, above all, beautiful illustrations by Emilia Dziubak make it impossible to pass by this book indifferently. It is an excellent book for children from 2 to 6 years old.

Next: Wyniki odwołań do naboru do programu „Czasopisma” 2019 Back to list