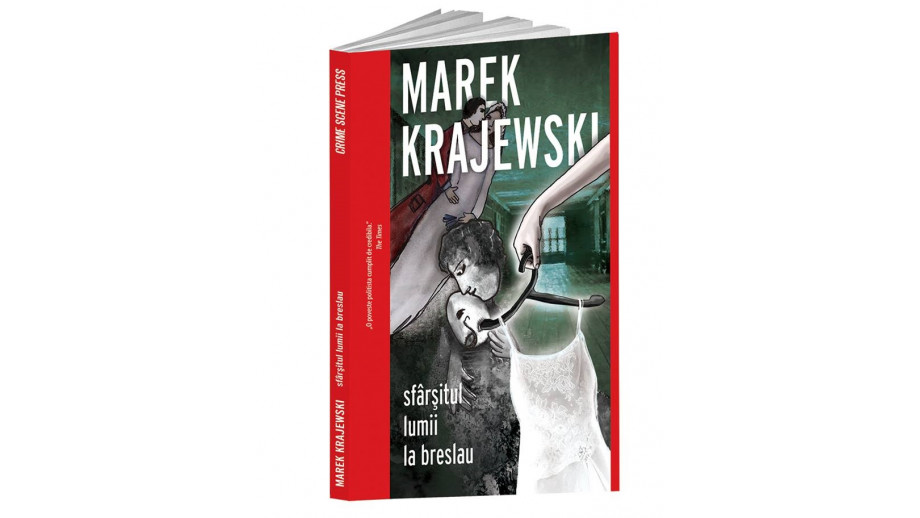 The translation of Marek Krajewski's Koniec świata w Breslau (“End of the World in Breslau”) into Romanian has recently been published. Cristina Godun's translation has been supported by the Book Institute as part of the ©POLAND Translation Programme.

End of the World in Breslau was released at the end of last year by Bucharest Crime Scene Press publishing house in Bucharest.

End of the World in Breslau is the second book from the most famous Polish crime series. The action takes place in the winter of 1927 in Wrocław. A serial murderer leaves a bloody trail behind him. The police find a page of a calendar by the bodies of the victims. How to prevent another crime? How to catch the murderer?

Only one person, Eberhard Mock, knows the answer to these questions. However, the Chief constable is concerned about problems with his nephew and his young wife Sophie. He does not do as well in his marriage as in his social life, in the world of drink and culinary escapades, as well as in his professional life, where he is the best investigator in pre-war Wrocław.

In recent years, the Book Institute has supported twenty-five translations of Marek Krajewski's books. Thanks to the support of the ©POLAND Translation Programme, End of the World in Breslau was published in German (2006, translated by Paulina Schulz), Ukrainian (2007, translated by Bogdan Antonijak), Italian (2008, translated by Valentina Parisi), Dutch (2009, translated by Greet Pauwelijn and Rita Martynowski-Depestel), and Croatian (2010, translated by Mladen Martić).

Cristina Godun, who translated End of the World in Breslau, is one of the most respected translators from Polish to Romanian. She translated books by Andrzej Stasiuk, Olga Tokarczuk, Witold Gombrowicz, Lidia Ostałowska, and Szczepan Twardoch, to name a few.

Next: Warsztaty dla tłumaczy w Tel Awiwie [zdjęcia i relacja] Back to list