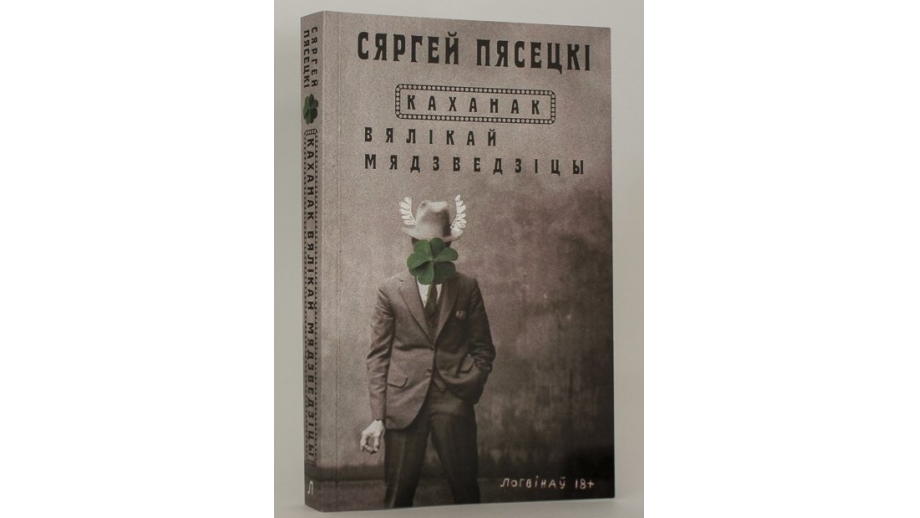 In Belarus, the book Kochanek Wielkiej Niedźwiedzicy (“Lover of the Great Bear”) by Sergiusz Piasecki has recently been published. The book was translated by Maryja Puškina. The publication was supported by the Book Institute as part of the ©POLAND Translation Programme.

The book Каханак Вялікай Мядзведзіцы, as reads the Belarusian title of the book, has been published by the Lohvinau publishing house in Minsk, which earlier published (also with the support of the Book Institute) Piasecki’s Trylogia mińska (“The Minsk Trilogy”).

Piasecki wrote Lover of the Great Bear in prison in 1935. His life story is ready-made material for an action film. The future writer was born in 1901 in a Russian province. He was the illegitimate son of an impoverished nobleman, a witness of the revolution, a participant of the war in 1920, an agent of Polish intelligence, and a smuggler, crossing the eastern border many times over. He was sentenced to death for robbery, but the sentence was then commuted to 15 years in prison. His literary talent began to sprout at this time.

Lover of the Great Bear marked a breakthrough in his life. The writer received the protection of, among others, Melchior Wankowicz and a pardon. Then, several years of convalescence followed as he fell seriously ill. During the war, he served in the Home Army; later, he emigrated. He died in 1964 in England. His books were censored for years. He returned only after the fall of the Iron Curtain.