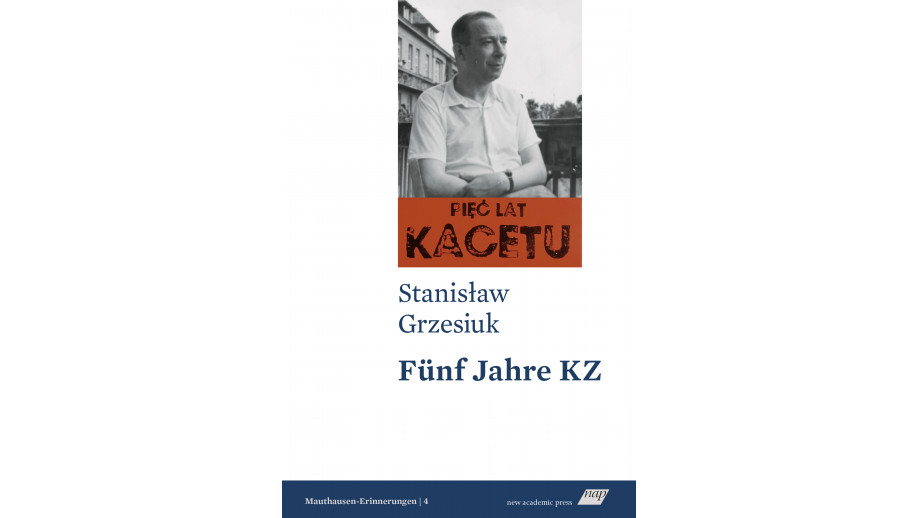 Pięć lat kacetu ("Five Years in Concentration Camps") by Stanisław Grzesiuk has been published in German by the Viennese publishing house New Academic Press (NAP). The Book Institute supported the publication of the book as part of the ©POLAND Translation Programme.

Five Years in Concentration Camps is one of the most renowned memoirs of the Dachau, Mauthausen, and Gusen concentration camps. Stanisław Grzesiuk portrays the Nazi machine of work and death with his own humour, sincerity, and directness. He also tries to talk about the price of humanity in the place that stripped it away.

In May 1958, the book appeared in bookshops and immediately disappeared from the shelves. In the libraries, one would queue for up to a year to borrow the book. Readers wrote to the author asking him to intervene.

The book was widely discussed by former prisoners, and Grzesiuk was sued for defamation, which ended with a settlement.

The author of the translation is Antje Ritter-Miller.