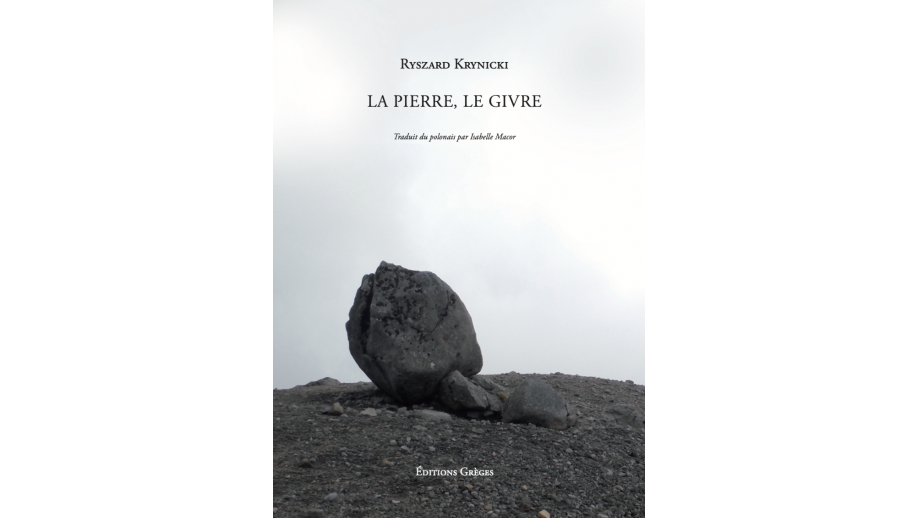 The book La pierre, le givre, as reads the title of the French translation, will be published by the Éditions Grèges publishing house in Octon.

"Stone, Hoar Frost is a special book in Krynicki's oeuvre, for it documents a sense of remoteness not found in his earlier volumes. It is as if the poet were tearing off the successive threads binding him to the present times. There are, indeed, in this volume testimonies of constant listening, the author picks up shreds of newspeak, dirt, and cracks from the linguistic noise. [...] It is elsewhere, however, where lie the themes most important for Stone, Hoar Frost. A constant sense of the blurring line between dreaming and waking, life and death, glimpses into the deep past, dialogues with the dead and, above all, immersion in foreign texts, absent to such an extent in previous volumes, make this volume sound like the song of a poet who lives, more and more, in nowhere - a country made of memories, dreams, a reading labyrinth [...], a patient peeping at the tiny vibrations of nature: a snail gliding across the pavement, a cat's secret," wrote Michał Olszewski about the book.

Next: Myśliwski's “Ucho igielne” declared the Translation of the Year in Lithuania Back to list