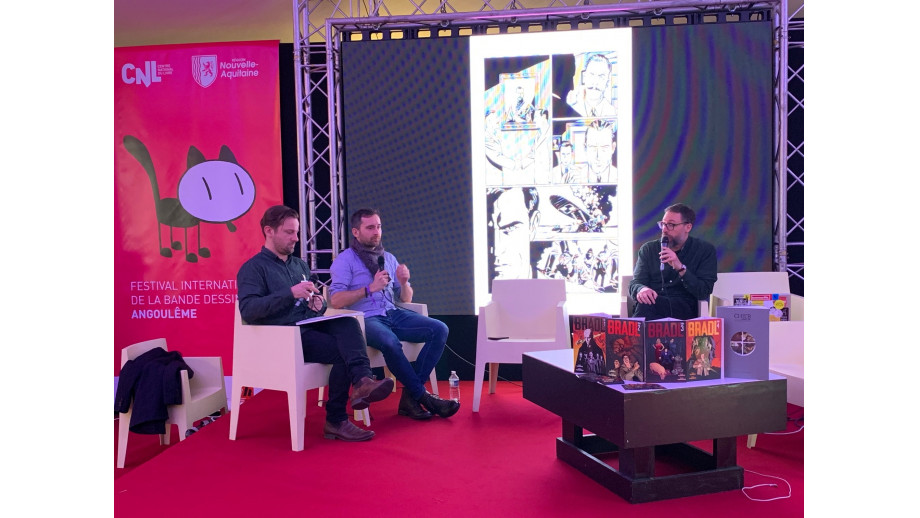 Marek Oleksicki, the author of the drawings for Bradl, said that the promotion of Polish history through comics works perfectly well, because it is simpler and cheaper than making films or series. In his opinion, it is also an opportunity to popularise knowledge about Polish history of the Second World War, which is less known than that of other countries from this period.

Paweł Piechnik, the author of the album Chleb wolnościowy ("Freedom Bread"), in turn, talked about the concept of creating a comic book for the Museum in Majdanek. In his opinion, Freedom Bread is a universal story that may interest readers all over the world. Working on this project, based on true accounts from prisoners at the concentration camp, was a difficult and emotional experience for him. Freedom Bread was planned to be a triptych. The proceeding parts were to take place in the present and future. Piechnik would like to continue the work in cooperation with the Museum at Majdanek.

Oleksicki added that Bradl is planned for five more volumes (four have been published so far). He also announced the publication of a spin off, the protagonist of which will be pre-war Warsaw.

Both authors emphasised the involvement of museums, which sponsored their comic books, in the promotion of history. The aim of the comics was to reach out to young people, for whom this may be the beginning of their interest in the history of their country.

When asked whether they would undertake work on other historical comic book projects, Oleksicki replied that he would be very happy to do so, provided that the protagonist was as interesting as Kazimierz Leski (i.e. the titular Bradl from the comic book) and the author of the script was Tobiasz Piątkowski (the scriptwriter of Bradl). Piechnik, in turn, considered his adventure with the historical comic book as a one-off event, emphasising that the main theme of his work is man.

The meeting was hosted by Szymon Holcman from the Kultura Gniewu publishing house and organised by the Book Institute, the Polish Comics Association, and the Polish Institute in Paris.