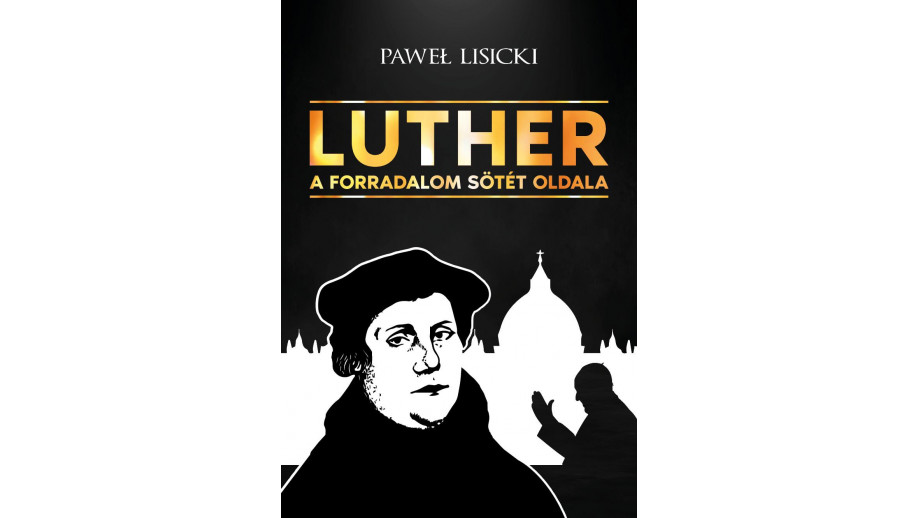 Paweł Lisicki’s “Luter. Ciemna strona rewolucji” in Hungarian with the support of the Book Institute

In Hungary, the translation of Paweł Lisicki's Luter. Ciemna strona rewolucji (“Luther. The Dark Side of the Revolution”) has recently been published. The book was translated by an outstanding translator Lajos Pálfalvi. The publication was supported by the Book Institute as part of the ©POLAND Translation Programme.

The book Luther. A forradalom sötét oldala, as reads the title of the Hunagrian translation, has been published by the Rézbong Kiadó publishing house.

Who was Martin Luther? A reformer who, for the love of the truth, spoke out against the abuses of the papacy? Or was he a rebel, the precursor of later revolutionaries? In recent years, Luther's image has completely changed. As a result of numerous speeches by Cardinals Walter Kasper, Kurt Koch, and Karl Lehmann, he slowly became a teacher of faith and role model for Catholics. What is the reason for such a complete change in the position of the Church? There can be two reasons. Either the discovery of the reformer's unknown texts, shedding new light on his stance, or a new interpretation of his teachings.

No new Luther texts have been discovered. Therefore, the reason for this must be to give a new meaning to Luther's speech. If Pope Francis is right that Luther was not mistaken in the dispute over justification, it means that the fathers of the Council of Trent were wrong. Likewise, the papal statement that Luther did not want divisions in the Church since the reformer called the Pope the Antichrist and wanted the Teacher's Office to be abolished sounds strange. Does it mean then that the present Pope and his closest associates are, as it logically follows from their words, Lutherans?  That's what Paweł Lisicki's book is about. About Martin Luther's true colours and whether the current effort to redeem him is dictated by the pursuit of truth or is the result of betrayal.

The translator of the book, Lajos Pálfalvi, is a Hungarian literary historian, critic, one of the most outstanding translators of Polish literature, a winner of the prestigious Transatlantyk Award granted by the Book Institute. Thanks to his work as a translator since the mid-1980s, the most important and current works of Polish literature and the broadly understood humanities have been systematically published in Hungary. Pálfalvi has translated into Hungarian works by, among others, Wł. St. Reymont, S. Mrożek, A. Szczypiorski, Cz. Miłosz, W. Gombrowicz, P. Szewc, St. Vincenz, A. Paczkowski, G. Herling-Grudziński, J. Stempowski, M. Gretkowska, A. Libera, K. Brandys, H. Grynberg, W. Kowalewski, A. Stasiuk, A. Bart, I. Fink, R. Legutko, O. Tokarczuk, A. Michnik, M. Janion, J. Mackiewicz, K. Varga, A. Walicki, A. Szczeklik, B. Wojdowski, A. Żbikowski, L. Kołakowski, P. Paziński, A. Kołakowska, P. Lisicki, L. Amejko.