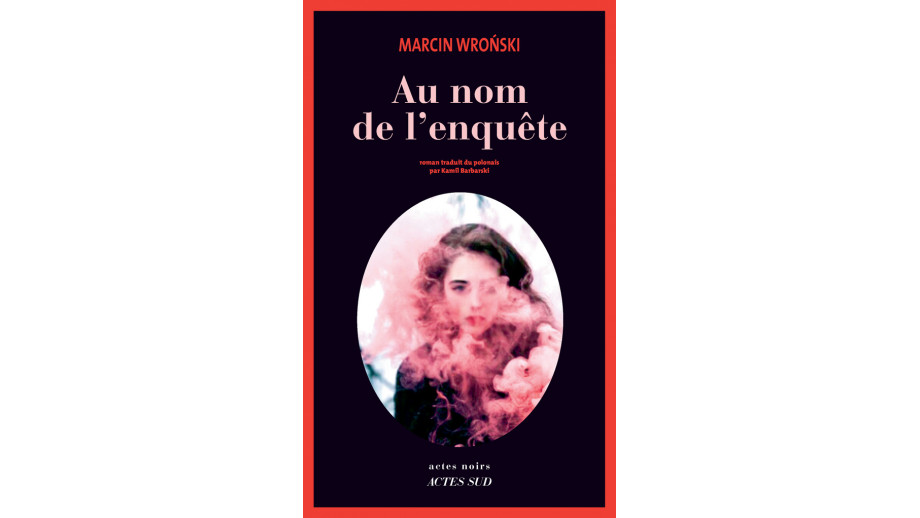 In France, a translation of Marin Wroński’s crime novel A na imię jej będzie Aniela (“And She Shall Be Called Aniela”) has been published. The book was translated by Kamil Barbarski. The publication of the book was supported by the Book Institute as part of the ©POLAND Translation Programme.

The novel Au nom de l'enquête, as reads the French translation of And She Shall Be Called Aniela, was published in January this year by Actes Sud publishing house in Arles.

The plot of Wroński's novel begins in the first days of September 1938, when the Lublin police find the body of a young maid. Aniela Biernacka was strangled and raped. There are practically no traces that could lead to the perpetrator, and the only noteworthy lead is a strange substance: purulent goo on the body of the victim. When a year later war breaks out and the city is attacked by the Germans, another woman dies in similar circumstances.

The unexplained crimes occupy the mind of Commissioner Maciejewski. In order to pursue the murderer, he joins the ranks of the German Kripo police. The Polish underworld considers him a traitor, so he must act with double caution. Occupational reality, terror, a ghetto, and a concentration camp on the city border - this is the war landscape of Lublin, a city vibrant with entertainment and eroticism at the same time. Zygmunt Maciejewski seeks justice even when crime is the order of the day.