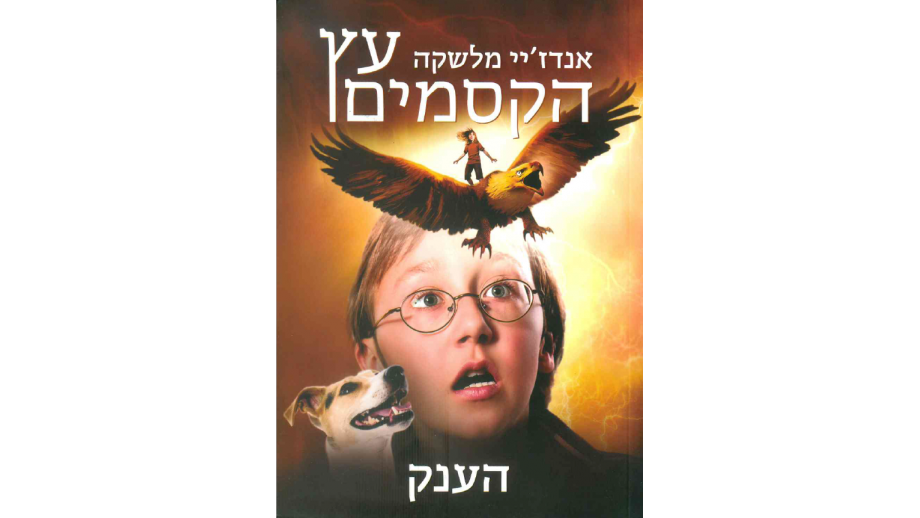 The translation of the novel Magiczne drzewo. Olbrzym (“The Magic Tree. The Giant”) has been published in Israel. The book was translated by Anat Zajdman. The publication of Andrzej Maleszka's book was supported by the Book Institute as part of the ©POLAND Translation Programme.

The novel Magic Tree. The Giant was recently published by Locus Publishing House.

The Giant is the third part of The Magic Tree series which is the basis of the world-famous film series awarded with the Emmy Award for imagination, wisdom, and humour.

In this part, Kuki is endowed with superhuman strength to defeat the seven incarnations of the Giant. His companions are clever Gabi, computer gamer Blubek, and a talking dog. They battle mechanical animals, a steel bird, and the light devourer. In faraway Asia, they search for a mysterious house guarded by a golden tiger. This is a novel at the pace of a computer game, full of adventure and humour that you can't get away from.

Anat Zajdman, with the support of the Translation Programme ©POLAND, translated into Hebrew Traktat o łuskaniu fasoli (“A Treatise on Shelling Beans”) by Wiesław Myśliwski (2010), Listy miłości (“Letters of Love”) by Maria Nurowska (2011), Ziarno prawdy (“A Grain of Truth”) by Zygmunt Miłoszewski (2014), as well as the first part of the series by Maleszka, Czerwone krzesło (“The Red Chair”, 2019).

Next: Nagroda Transatlantyk – zgłoszenia do końca kwietnia Back to list