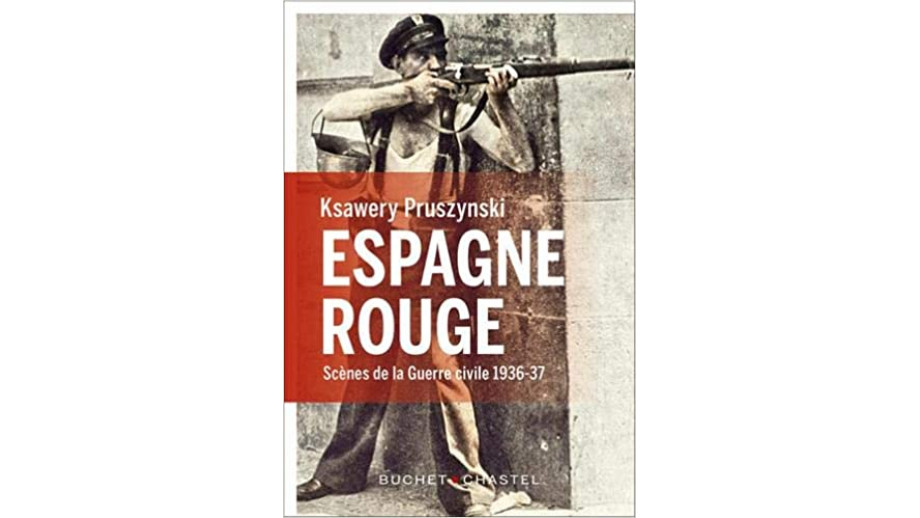 A French translation of Ksawery Pruszynski's W czerwonej Hiszpanii (“In Red Spain”) was published last year. The translation by Brigitte Gautier was supported by the Book Institute as part of the ©POLAND Translation Programme.

The book Espagne rouge, as reads the title of the French translation of the book, was published by the Libella publishing house in Paris.

In September 1936, Ksawery Pruszyński, a journalist and columnist barely twenty-nine years of age, left for civil war engulfed Spain as a correspondent of the "Wiadomości Literackie" weekly. The fruit of this journey was the book In Red Spain, published in 1937. In the book, the author judged the revolution from two points of view: as a follower of certain political views, he tried to look for its social causes and goals; as a moralist, he condemned both sides for their bloody fighting methods. Simultaneously, as a seasoned reporter, he was fascinated by the history happening before his very eyes - the dynamism and romance of the events that created it. And it is this fascination that animates Pruszyński's text to this day, despite the sixty-year distance separating us from that time.

Prof. Brigitte Gautier is particularly interested in the works of Zbigniew Herbert. She translated his poems and essayist book Labirynt nad morzem (“Labyrinth on the Sea”). In 2018, her biography of the author of Pan Cogito (“Mr. Cogito”), entitled Poetry Against Chaos, was published in France. She also published a volume of Herbert's correspondence with people from the circle of the "Paris-based Culture", a leading Polish-émigré literary-political magazine.